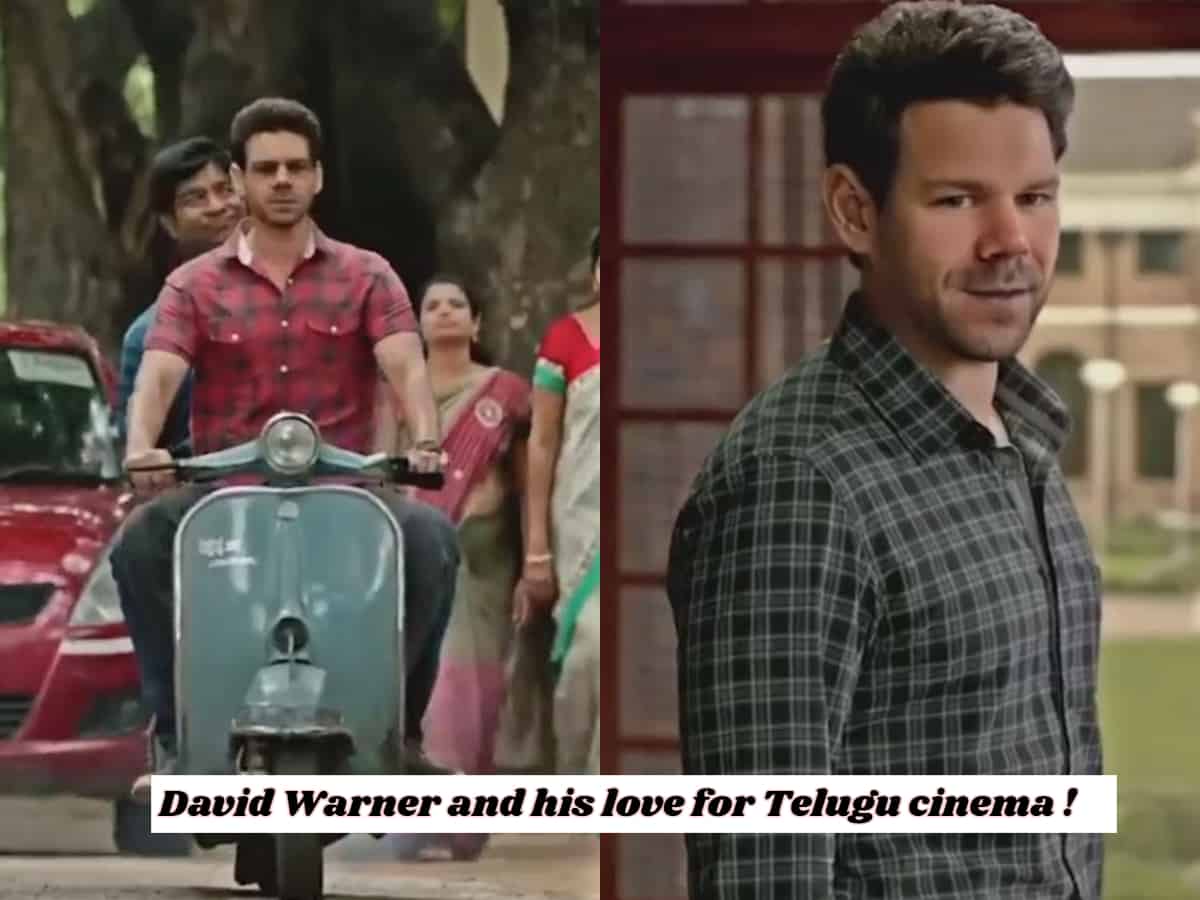 Hyderabad: Looks like Australian cricketer David Warner’s love for Tollywood isn’t decreasing in any way and his latest social media post proves it.

His fascination for Telugu cinema began during Covid-19 lockdown when he danced to Allu Arjun’s ‘Butta Bomma’ with his family. Since then the Australia opener rose much fame in the Telugu states and has been sharing many videos on his social media.

David Warner and his love for Tollywood

On Thursday, David Warner took to his Instagram and shared a hilarious year ending video where the cricketer can be seen recreating the scene from Tollywood hit ‘Maharshi’ starring Mahesh Babu. Sharing the video Warner wrote, “Let’s finish the year off with a tough one

Warner morphs his face to stars, especially from the Telugu film industry like Chiranjeevi, Jr NTR, Ram Pothineni, among others. From recreating Prabhas’ role in Baahubali to Chiranjeevi’s in Sye Raa Narsimha Reddy, David Warner’s viral videos are the current craze among the Telugu audience.

The Australian opening batsman quipped that Baahubali video was the ‘hardest of them all.’

Warner has also been taking this love for Telugu cinema on the cricket field or events around it as well. Recently, he was even seen grooving to Butta Bomma again when Hyderabad team had qualified for the play-offs of the Dream11 IPL.

Infact, after seeing his interest in Telugu cinema, fans have been asking David Warner to take break from cricket and act in Tollywood.