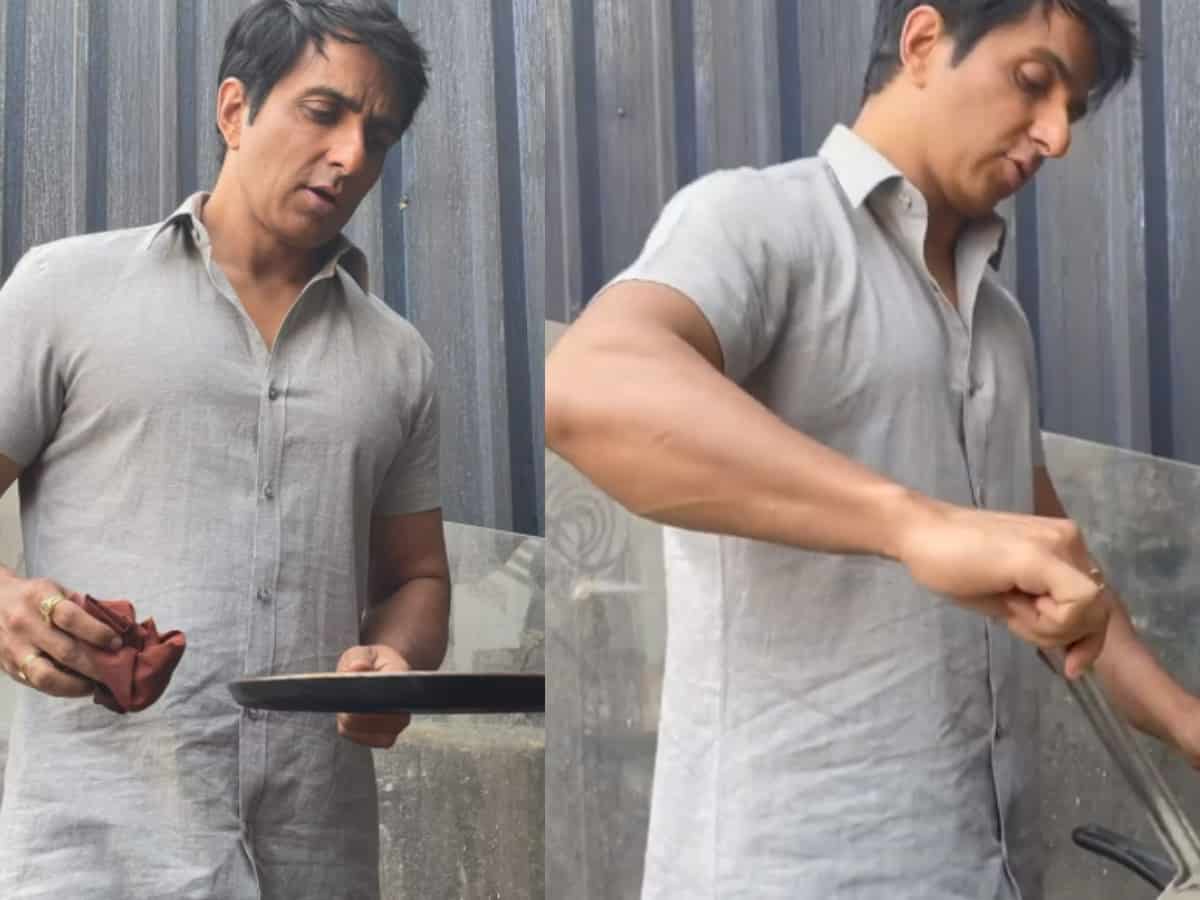 Mumbai: Actor Sonu Sood, who is currently shooting for his upcoming Tollywood film ‘Acharya’ in Hyderabad, took to his Instagram to a share a video where he revealed the art of making the perfect dosa at home.

In the video, Sonu Sood can be seen preparing this popular South Indian delicacy on the film sets, claiming it to be “famous”. He captioned the video as “Dosa time.” He can be seen sprinkling water on a non-stick dosa pan and next he adds a thin layer of dosa batter using a spatula and says that making dosa is an art and this is the best dosa ever.

Sonu Sood’s video also has a message for all the actors of industry. In the 2 minutes video, he jokingly mentioned that those actors who know how to make dosa on the set can actually bring down the production cost and with such acts, they can get more amount of work in the industry.

He further adds, “It’s a special powder used in the South. I am often asked by the makers of my next venture to come on the set on my off days to make dosa for people because of my excellent cooking skills.”

Sonu concludes the video by saying, “This is the best dosa ever. Khud kamao, khud khao.”

Speaking about Acharya, Sonu Sood is rumoured to be playing the antagonist in the movie, which stars Chiranjeevi in a dual role. Acharya, as per reports, will be about a middle-aged Naxalite-turned-social reformer who launches a fight against the Endowments Department over misappropriation and embezzlement of temple funds and donations.