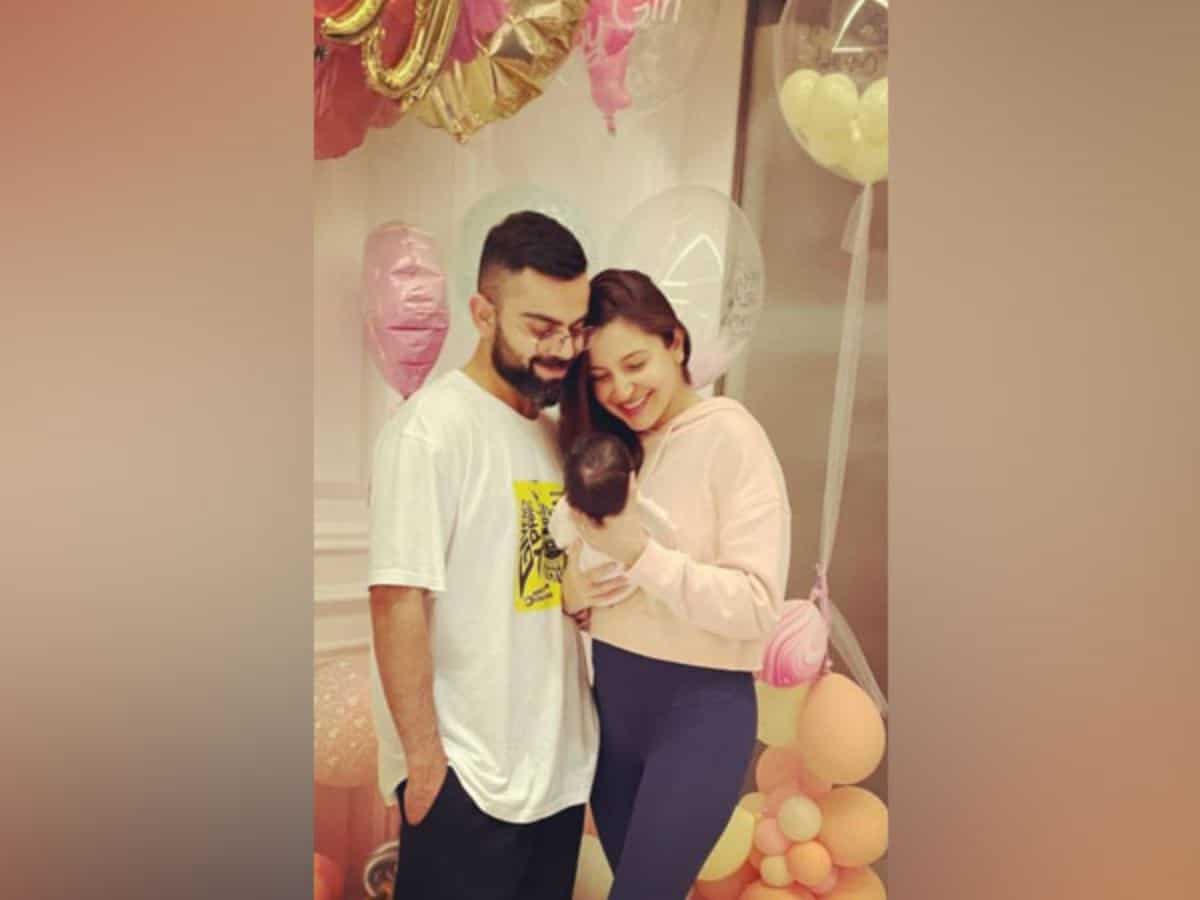 New Delhi: India skipper Virat Kohli and his wife and actor Anushka Sharma, who were recently blessed with a baby girl, have finally revealed the name of their daughter.

Sharing the first-ever picture featuring their newborn, the much-in-love couple announced that they have named their daughter ‘Vamika’. Anushka took to Instagram to post an adorable family picture and spoke about her experience of being a mother and how their daughter has taken their life to a new level.

She wrote, “We have lived together with love, presence, and gratitude as a way of life but this little one, Vamika has taken it to a whole new level! Tears, laughter, worry, bliss – emotions that have been experienced in a span of minutes sometimes! Sleep is elusive but our hearts are SO full. Thanking you all for your wishes, prayers, and good energy.”

The newborn’s name Vamika, which has elements from both parents’ names, is another name for goddess Durga. On January 11, Kohli and Anushka had welcomed their daughter at Mumbai’s Breach Candy hospital.

The India skipper had revealed the news on his Twitter handle while sharing that both baby and mother are healthy.

“We are thrilled to share with you that we have been blessed with a baby girl this afternoon. We thank you all for your love, prayers, and good wishes. Anushka and the baby are both healthy and we are feeling beyond blessed to start this new chapter of our lives. We hope that you can respect our privacy at this time. Love, Virat,” he wrote at that time.

As soon as Kohli shared the news on Twitter, congratulatory messages flooded social media. From Priyanka Chopra to Saina Nehwal, celebrities showered the couple’s little one with love and blessings.

Last year in August, the couple had announced that they were expecting their first child in January 2021. The duo got married in a fairytale wedding which was only attended by the couple’s family and friends on December 11 in 2017. Post their nuptials in Italy, the couple hosted grand receptions in Delhi and Mumbai.

The couple had reportedly first met on the sets of a commercial and dated for four years before getting hitched.

Meanwhile, on the work front, Kohli is gearing up for the first Test of the four-match Test series between India and England, starting from February 05 in Chennai. The first two Tests will be played in Chennai before the action moves to the revamped Motera Stadium, Ahmedabad for the final two Tests.