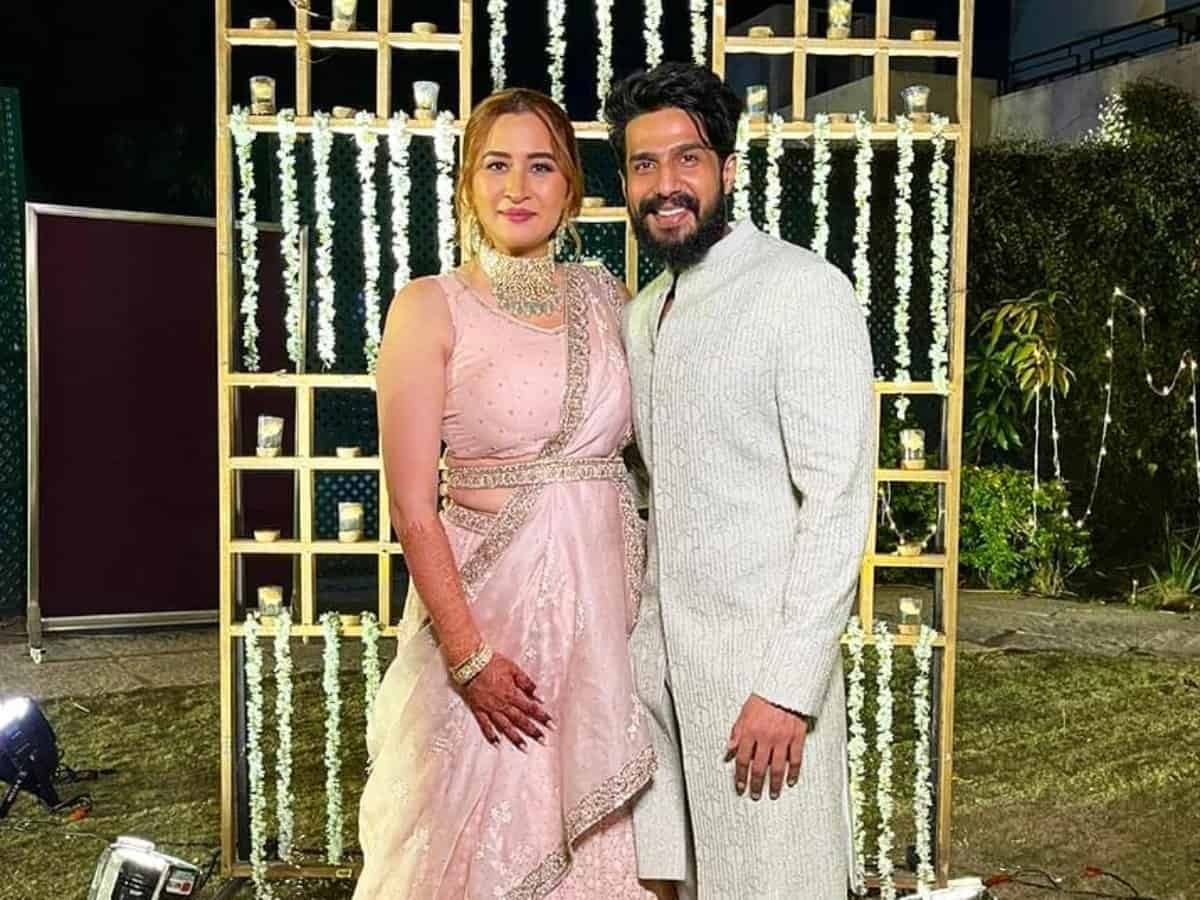 Mumbai: South actor Vishnu Vishal and ace badminton player Jwala Gutta have been throwing major couple goals ever since they announced their relationship officially last year. The couple surprised everyone in September last year when they posted a set of mushy pictures and revealed that they got engaged.

Addressing the gathering, Vishnu Vishal said, “We are going to tie the know real soon and I am going to become a Telugu alludu (son-in-law) now. I am extremely happy about it. I will announce the wedding date soon.”

Vishnu Vishal also revealed that Jwala Gutta was by his side throughout the shooting of Aranya. He added, “I want to thank Jwala. She was of huge support while shooting this film as she was there for me throughout.”

When they made their relationship official

On September 7, 2020, Vishnu Vishal surprised Jwala Gutta by proposing to her on her birthday. The actor went all the way to Hyderabad to make the day quite memorable for her.

Taking to Twitter, Vishnu Vishal wrote, “Happy birthday @Guttajwala. New start to LIFE…Lets be positive and work towards a better future for us,Aryan,our families,friends and people around..Need all your love n blessings guys..#newbeginnings. thank you @basanthjain for arranging a ring in d middle of d night.”

Vishnu Vishal and Jwala Gutta have been dating for a few years now. The couple often shares cosy and intimate pictures of themselves on their respective social media pages.

For the unversed, Vishnu Vishal was earlier married to Rajini Natraj and they have a son named Aryan. However, due to irreconcilable differences, the couple got separated in 2018. On the other hand, Jwala Gutta was married to Chetan Anand and they got divorced in 2011.