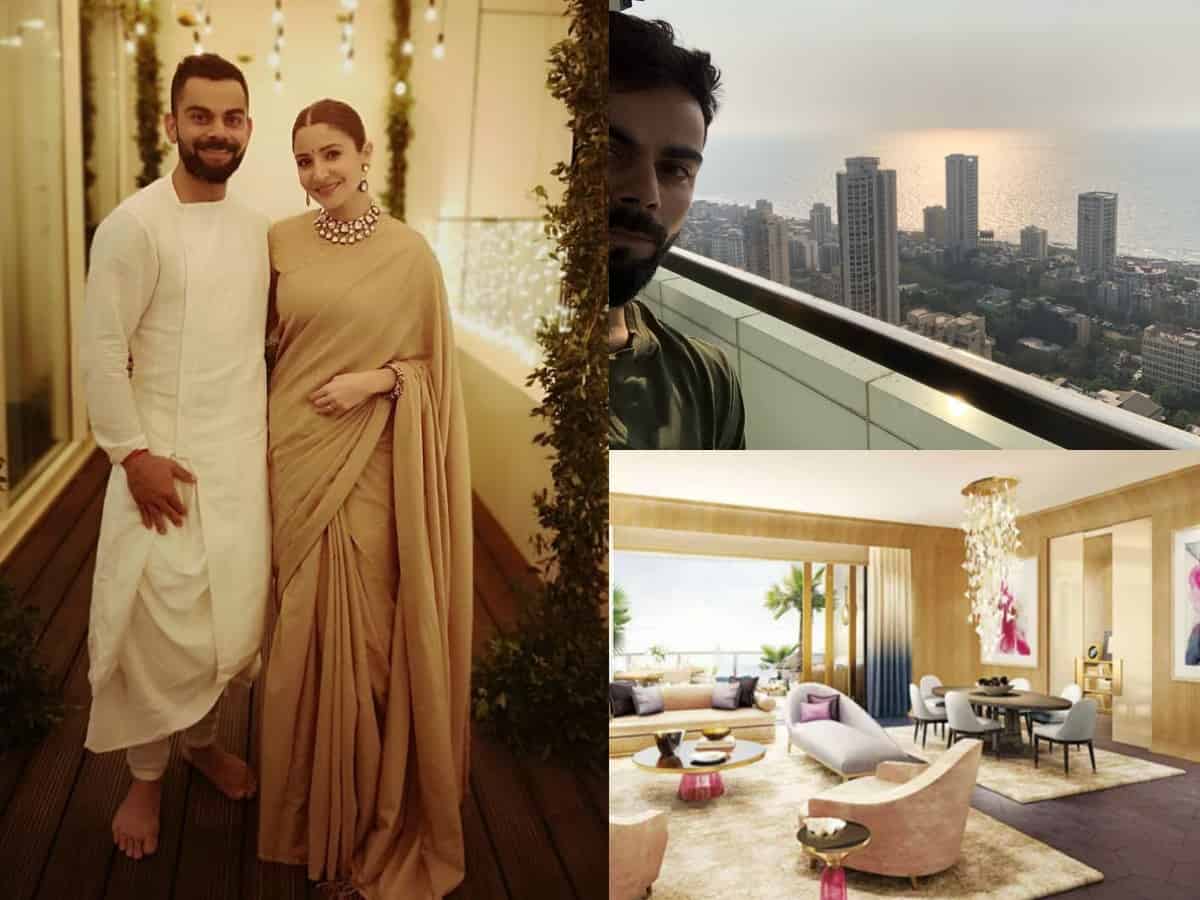 Mumbai: Anushka Sharma and Virat Kohli are undoubtedly one of the most popular, stylish and power couple in the world of both sports and entertainment. They share immense love and respect for each other. The couple, who supremely successful in their respective professions, have built a strong property portfolio which includes, an apartment in Mumbai, a bungalow in Delhi and a farmhouse in Alibaug.

In this article, we bring you the details of Virat Kohli and Anushka Sharma’s lavish, multi-crore abode of Mumbai.

According to various reports, Virushka’s ‘home sweet home’ is situated on the 35th floor in Tower C of a three tower complex named Omkar 1973 in Worli, Mumbai. The couple reportedly bought the luxurious apartment for Rs 34 crore and often share glimpses of it on Instagram. Curious to see all the pictures of Virat, Anushka’s classy home? Let’s take a tour below.

With four bedrooms alongside a private terrace, garden area, and a small gym, the interiors of Virat and Anushka’s place have been tastefully done which reflects splendor and class from every angle.

Meanwhile, on the professional front, Virats Kohli is currently playing Indian Premiere League in UAE. On the other hand, Anushka Sharma has been away for a while from acting now but has produced several projects. She was last seen in 2018’s Zero which also has Shah Rukh Khan and Katrina Kaif in the lead roles.