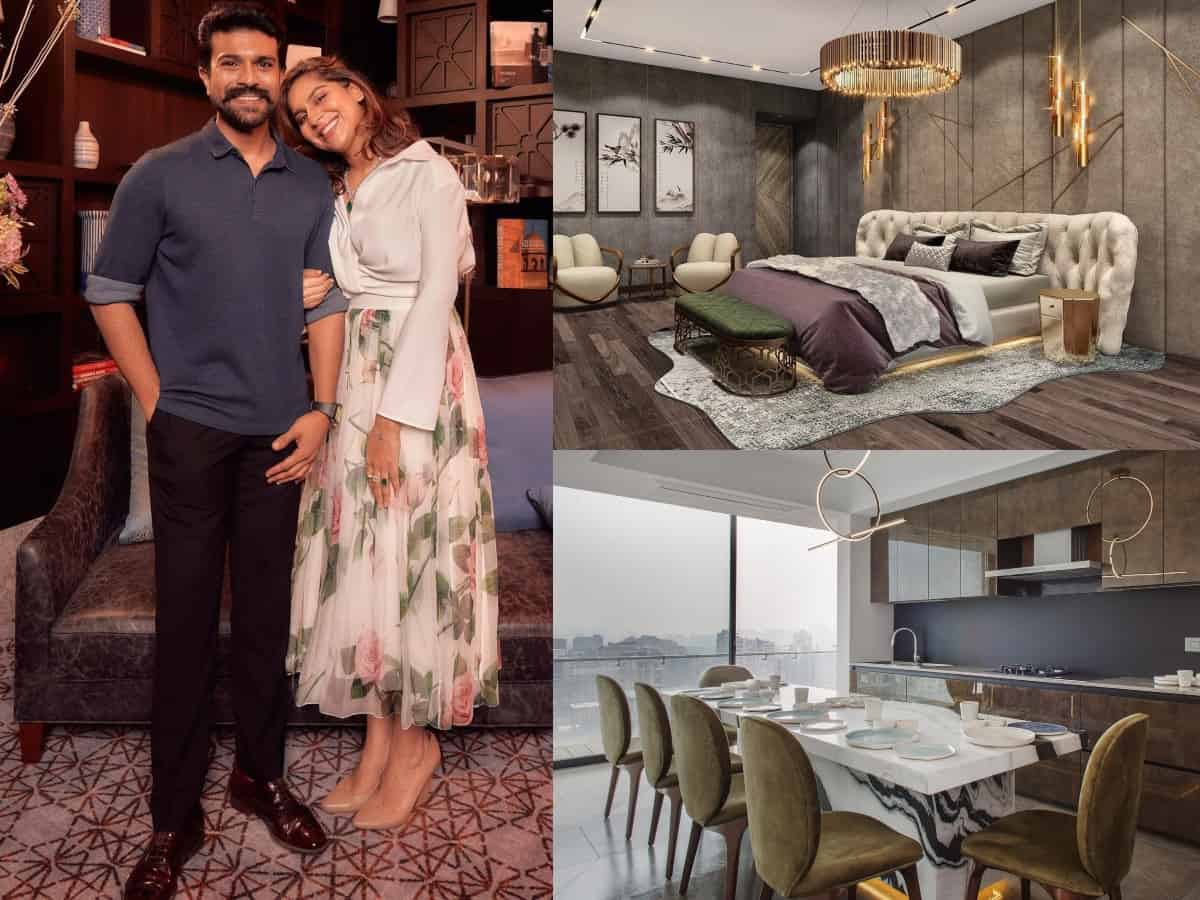 Mumbai: With some exemplary and high-octane projects lined up in his kitty, Ram Charan is surely one of the biggest stars down south, who is going to announce himself pan-India star alongside Jr. NTR in RRR: Rise Roar Revolt. He has established himself as one of the sought after and bankable actors downs south with his superbly improved acting skills and some brilliant dance skill-set just like his father and megastar Chiranjeevi.

Ram Charan made his acting debut with “Chirutha” which did a great job at the box office. Following which he appeared in some great movies like Magadheera, Dhruva, Yevadu and Rangasthalam.

The actor along with his entrepreneur wife Upasana Konidela and parents resides in a palatial house in Hyderabad. But his and Upasana’s work plus social commitments keep them occupied with frequent trips to Mumbai. This is why the power couple bought themselves a swanky sea-facing penthouse in Mumbai.

With specially curated wood flooring, large glass windows and lavish furniture, the home is everything modern, exclusive, elegant and royal in nature. The modern house is designed by a famous Mumbai-based architecture firm KKD Studio, is located in the Khar area of Mumbai. Let’s have a peek at how the interiors look like via pictures and videos. Scroll down and see.

On the professional front, Ram Charan is currently waiting for the release of RRR which is scheduled to hit the theatres on January 7, 2022. RRR is a period drama featuring Jr NTR and Ram Charan in lead roles. Post RRR, he will be seen in director Koratala Siva’s Acharya.