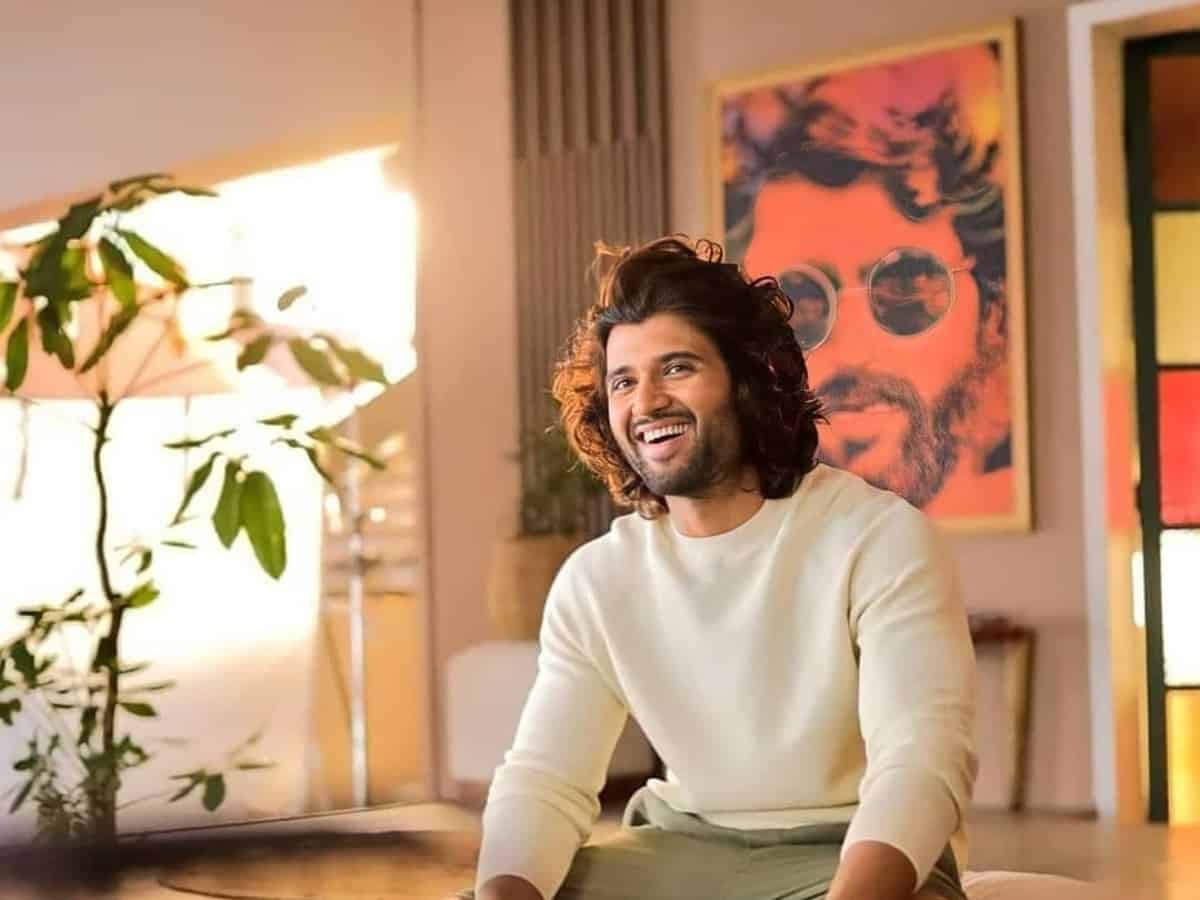 Hyderabad: South Indian cinema superstar and Nations’ heartthrobe Vijay Deverakonda rose to fame with his self-destructive role of an alcoholic surgeon in Arjun Reddy. His acting career and popularity quoteint, both witnessed a massive hike with the success of Sandeep Vanga Reddy’s directorial.

He began his career as a supporting actor in the 2011 Ravi Babu’s romantic comedy Nuvvila. He had a brief role in Sekhar Kammula’s 2012 film Life Is Beautiful and gained recognition for his role as an energetic youth Rishi in Yevade Subramanyam. The actor won millions of hearts with his performances in films in the career spanning over 10 years.

Considered as a powerhouse of talent, Vijay Devarakonda created a niche for himself in Tollywood by opting for performance-oriented roles in content-driven films like ‘Pelli Choopulu’, ‘Arjun Reddy’, and ‘Taxiwaala’.

All about his dream home!

Along with his popularity in the film industry, Vijay is also known for living king size life. One of the most prized possesion in his career is his palatial and plush new bungalow which is nestled in the vicinity of Jubilee & Banjara Hills and Hi-tech city in Hyderabad.

Vijay Devarakonda, along with his family, moved into their dream home in Hyderabad a couple of years ago. According to reports, Vijay has bought the bungalow for whopping Rs. 15 crore.

“Her happiness, His pride, Our new home! Sending you all lots of love from the 4 Deverakondas – you’ve all been a part of this journey with us,” wrote Vijay Deverakonda on social media while announcing that he has bought a new home.

The massive white bungalow, which has multiple levels and a grand entrance, also comes with an impressive list of neighbours, including some of the top icons of Tollywood—Akkineni Nagarjuna, Mahesh Babu, Chiranjeevi and Allu Arjun.

The white walls are peppered with several works of art, a mix of modern and classic pieces. Vijay Deverakonda’s favoruite spot is terrace-balcony, an ideal spot for intimate get-togethers, which features dark wooden floors that complement the surrounding greenery.

Meanwhile, on the professional front, Vijay Deverakonda will be seen in Puri Jagannadh’s romantic sports action film Liger, co-starring Bollywood actress Ananya Panday. The film is set for a release in September this year which marks his Bollywood debut project.