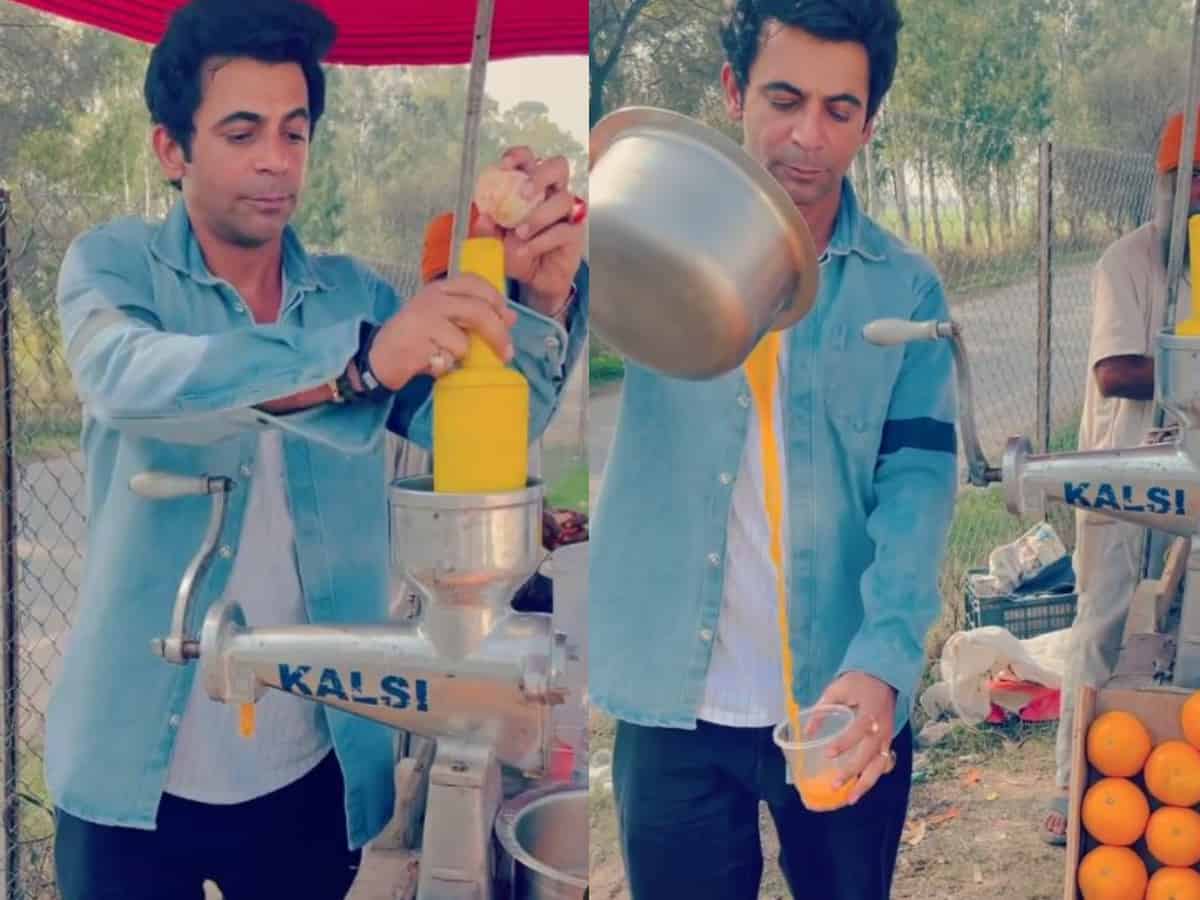 Mumbai: Television star Sunil Grover, who stepped out of his ‘funny-man’ image for the recent political web series Tandav, recently posted a video of himself on his Instagram handles where he can be seen at a local juice stall.

In the video, Sunil Grover not only tried juicing a few oranges himself, but also gave a tip on the ‘right way’ of peeling oranges, the juice stall owner. Showing off his theatrics to the cameraman, Sunil can be seen grabs a peeled orange which he throws inside the modest, hand-operated juice machine. He then presses the orange further inside with wooden juicer pusher, following which he turns the handle to get some fresh juice in a ‘pateela’ like a pro.

The video ends with Sunil saying, “Lo ji.Tees rupay” (This is yours. That will be thirty rupees). “Apni darling ko yeh juice pilao,” the actor wrote with a swag in his video. Check out the video below:

Sunil Grover, who is an avid social media, often shares interesting videos on his photo-sharing app. In one of the videos, the comedian was seen taking over a street side chhole kulche stall too. While the actor shared his version of ‘#pawrihoraihai’ video, he also posted a video where is he seen sitting on the ground with some kids, and the caption along with the video read, “Manva na laage padhai main!”

Projects after exiting from The Kapil Sharma Show

For the unversed, Sunil Grover had left The Kapil Sharma Show after a big spat with the host Kapil Sharma. While returning from Australia, the two comedians had a major fight in the flight, which later became a big controversy in the television industry.

Recently, he was in headlines for the news that he is making a comeback on The Kapil Sharma Show after a hiatus of four years. Apart from the comedy show, Sunil Grover had also featured in some big projects like Bharat, Tandav and so on.