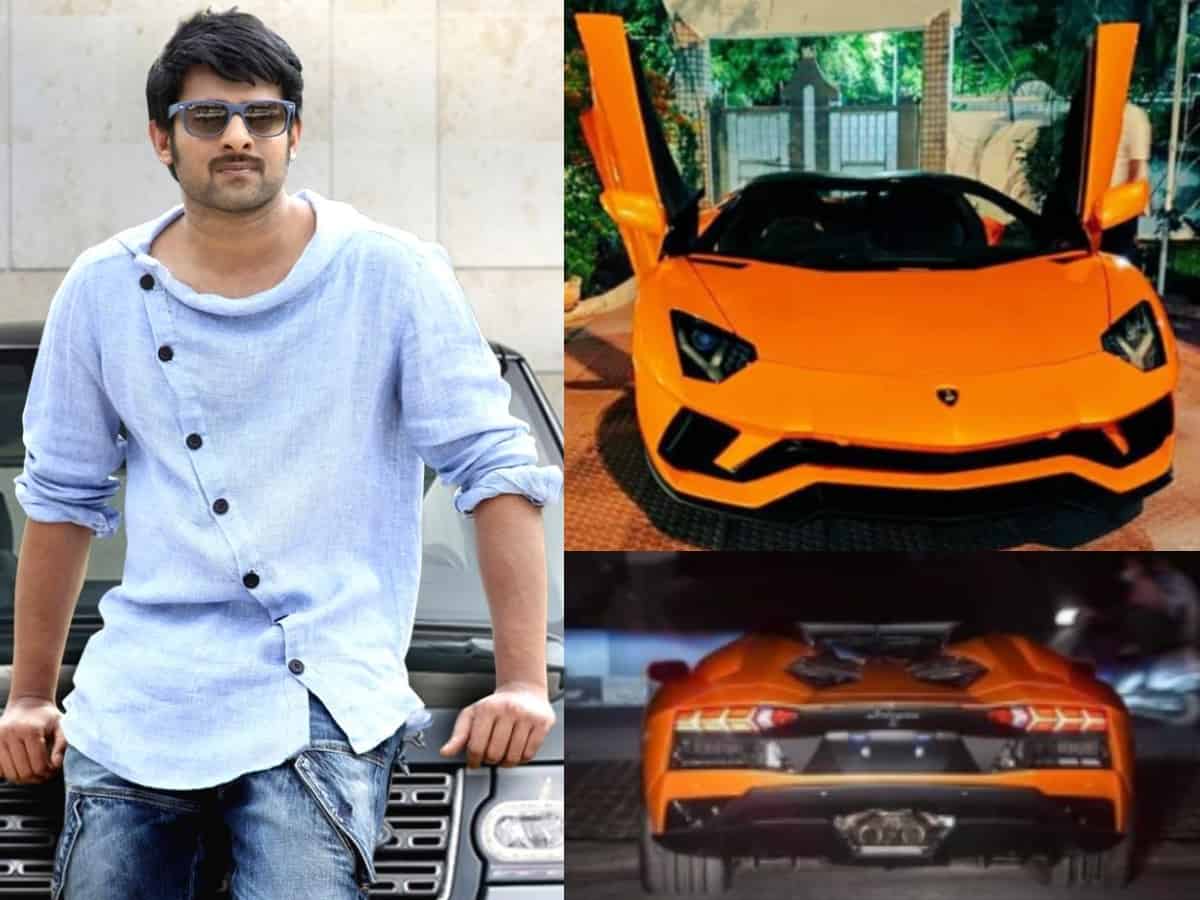 Hyderabad: Rebel star Prabhas has proved himself as a bankable actor, which reflects in his lavish lifestyle and ultra-luxurious things he spends money on. The phenonimal success of SS Rajamouli’s Baahubali series catapulted actor’s fame, so much so that he became the national heartthrob in very less time.

Prabhas, who enjoys millions of fan following across the country, has a dream of buying a Lamborghini sports car after acquiring success and earning big money. Now, it seems like the actor has fulfilled his dream.

Well, the handsome hunk and pan-Indian superstar has purchased a Lamborghini Aventador. Pictures and videos of the swanky car and super luxurious that is priced at close to Rs 6 crore took the internet by storm and ‘Rebel Star’ fans couldn’t control their excitement on social media.

In the viral pictures, Prabhas can be seen posing alongside the four-wheeler and going for a ride on it.

It looks like Prabhas is a huge fan of royal and luxurious cars. In 2015, the actor joined the league of Amitabh Bachchan, Shah Rukh Khan, Akshay Kumar and more, and brought home a swanky Rolls Royce Phantom worth Rs 8 crore. The actor is often spotted driving the car on the Hyderabad streets.

Apart from the above, he is also a proud owner of Ritzy BMW X3 and a Luxurious Jaguar XJR.

Actor’s stupendous success in the industry

Thanks to the mammoth success of Baahubali franchise, Prabhas turned into a pan-Indian superstar with massive popularity which transcends boundaries. Before the phenomenal success of the Baahubali franchise, Telugu superstar Prabhas had a 15-year-long career, with almost as many films, in which he reprised the role of the soft romantic lead in movies such as Mr Perfect and Darling.

Prabhas, who now has numerous ambitious projects in the pipeline, including Adipurush and Salaar, has become a household name across the country, and inverted traditional Bollywood and regional cinema hierarchies.

Meanwhile, on the professional front, Prabhas is currently busy with a lineup of films in his kitty. The actor will next be seen in the romantic film Radhe Shyam where he is paired opposite Pooja Hegde. Directed by Radha Krishna Kumar, the film is releasing on July 30, 2021.