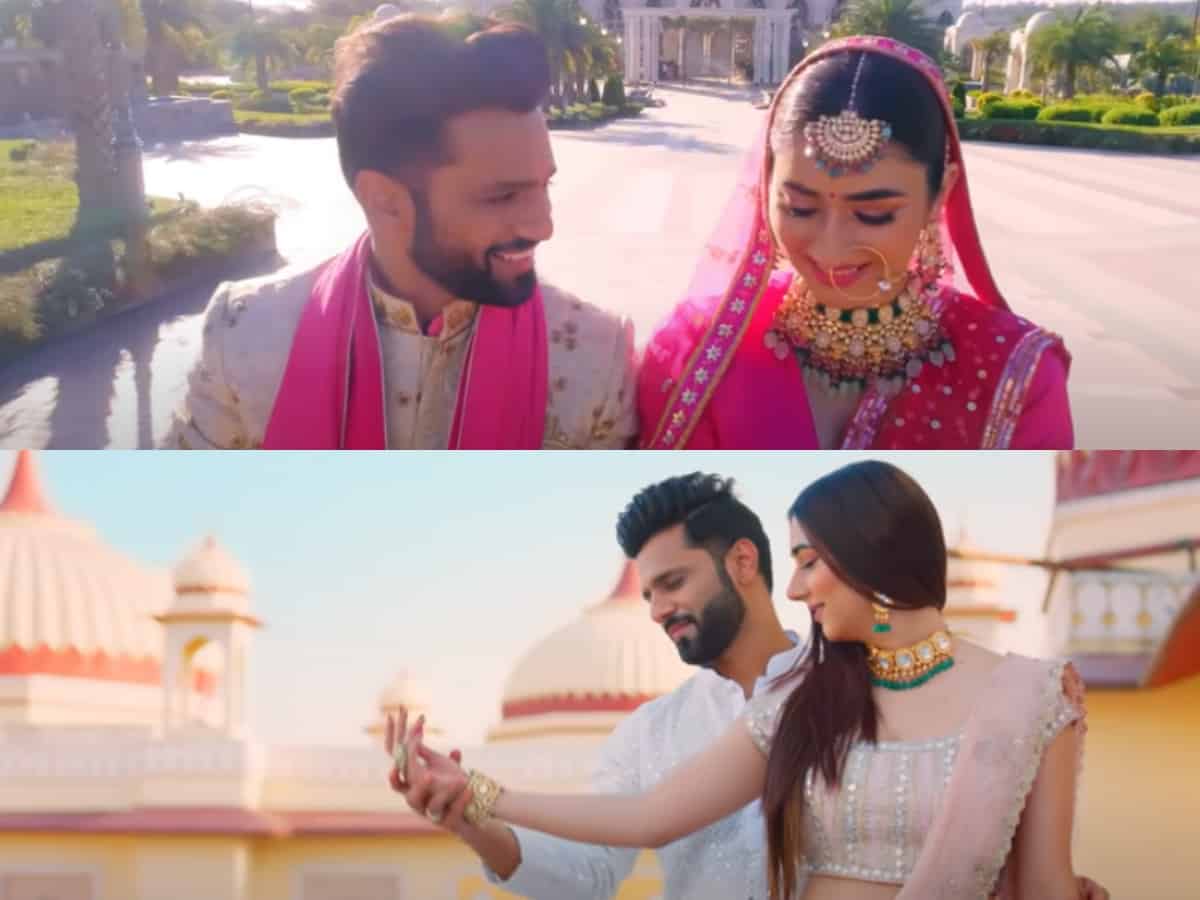 Mumbai: Rahul Vaidya and Disha Parmar’s upcoming music video ‘Madhanya’ is out and their fans can’t stop gushing the ‘real’ life couple’s chemistry onscreen. There have been several versions of the Punjabi folk song but this one which is crooned by Rahul and Asees Kaur is bit more emotional and special.

Madhanyan, in which Disha plays the bride and Rahul plays the groom, talks about a girl who is beginning the next phase of her life with her husband while leaving the house where she has grown up and her dear ones behind.

The video opens with an emotional Disha dressed as a bride, waiting to make her way to the mandap while her on-screen father breaks down by her side. She joins Rahul, and they walk around the sacred fire while taking their wedding vows.

Disha breaks down during her bidaai, but Rahul plays a doting husband and comes to her support. The second half of the video gives a glimpse of the couple’s happy married life filled with sneaking around and love.

The couple has been inseperable ever since Rahul proposed Disha for marriage on Bigg Boss season 14. While the date of their wedding has not been confirmed yet, the song looks like an exact representation of how their big day is going to be like.

Although Rahul Vaidya and Disha Parmar has been tight-lipped about their wedding plans, Rahul’s mother had said in February that they are looking for a June wedding.