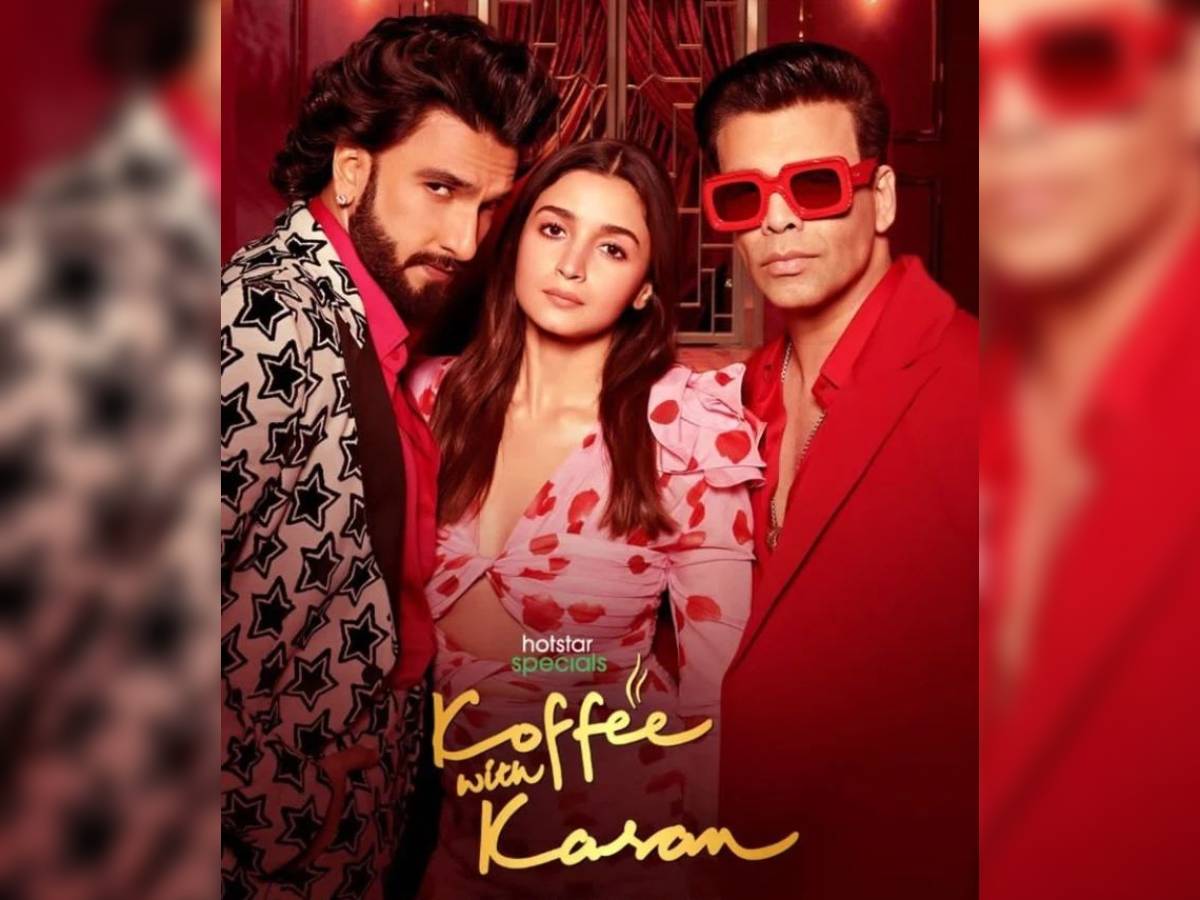 Mumbai: ‘Koffee With Karan’ is back and guess who are going to be appearing on the first episode of the brand new season? Our very own ‘Rocky aur Rani’ – Ranveer Singh and Alia Bhatt!

Karan Johar just dropped the first look of the first episode and it’s all things fun and fiery. The promo gives a glimpse of the unfiltered conversations and quirky moments that took place on the tan-brown couch, making the audience wait for more.

In the video, Alia can be seen bursting myths about ‘suhagraat’. Karan also introduced a new segment of the show ‘Koffee Bingo’ and Ranveer is also seen staging a walkout after a snarky comment made by Alia. Later, Ranveer also calls Alia a ‘Kalank’ on friendship after which the latter burst out laughing. At one point, Ranveer is also heard saying that he has different sex playlists, leaving Karan Johar and Alia Bhatt stunned and amused.

The promo hints that the first episode will be fun and entertaining and looks like a laugh riot. Karan is seen being his candid self, enquiring about a lot of ‘conjectures’.

Alia looked chic in a cute pink floral dress that has a plunging neckline. She also flaunted her ‘big solitaire’ engagement ring. Known to sport a no-makeup-makeup look, Alia once again opted for a dewy look to go with the outfit this time. She left her hair loose and kept the accessories to a bare minimum.

Ranveer, on the other hand, chose yet another fun outfit for the show. Ranveer wore a black and white star-printed suit and layered it over a hot pink shirt. He completed the look with a pair of cool oversized black sunglasses and solid black shoes.

Apart from Alia and Ranveer, some prominent names that are going to add some fire to this season are Akshay Kumar, Anil Kapoor, Varun Dhawan, Janhvi Kapoor, Sara Ali Khan, Vijay Devarkonda, Samantha Prabhu, Shahid Kapoor, and Kiara Advani. The first episode will stream on Disney + Hotstar on July 7.