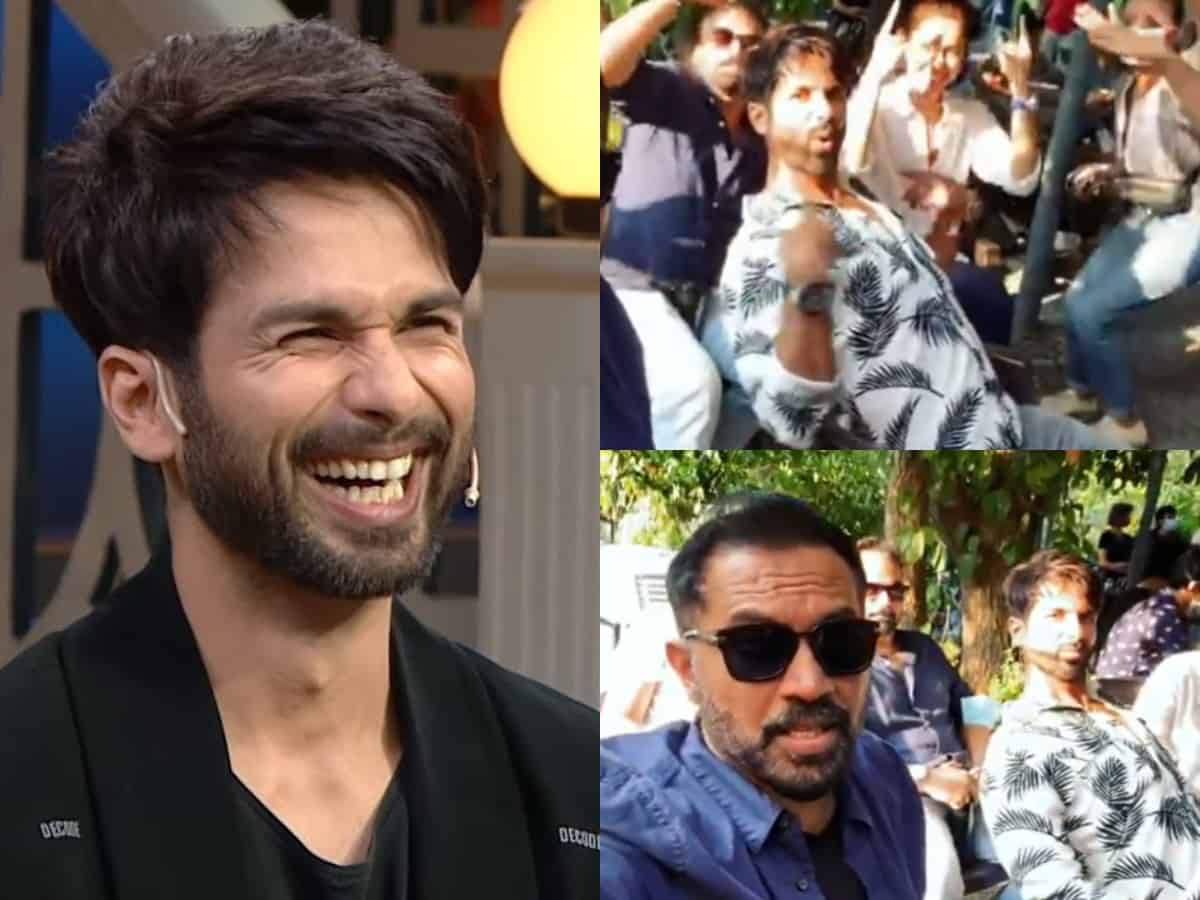 Mumbai: The world is currently in a ‘pawri’ mood after a funny video of a Pakistani teenage influencer Dananeerr Mobeen went crazily viral on social media. People all around the world have started a meme fest and are coming up with their own versions of the ‘pawri ho rhi hai’ track. Actors Shahid Kapoor and Raashi Khanna are the recent ones to join the bandwagon.

Shahid Kapoor is currently shooting for his upcoming web series. Helmed by Raj and DK, the upcoming big-budget web series will also star Raashi Khanna. The team, while on the set, recreated their own version of the now popular meme ‘Pawri Ho Rahi Hai’ and Shahid shared the hilarious video on his Instagram page.

In the video, Raj Nidimoru is seen panning the camera towards Shahid and Raashi first, and then to Krishna DK and his team, before everyone breaks into the ‘pawri’ mood. The filmmaker mentions, “Yeh mere stars hai, yeh hum hai, yaha pawri ho rahi hai (These are my stars, this is us and we are having a party)”. While others soon stop, Shahid carries on dancing while singing Honey Singh’s “Party all night”.

Watch Shahid, Raj and DK, and Raashi’s version of Pawri Ho Rahi Hai that will leave you in splits!

Shahid is set to make his digital debut with the yet-untitled web series. His last screen outing was the romantic drama Kabir Singh, opposite Kiara Advani. He will be next seen in a sports drama ‘Jersey’, a remake of the 2019 Telugu film with the same title directed by Gowtam Tinnanuri. Mrunal Thakur will play the leading lady.