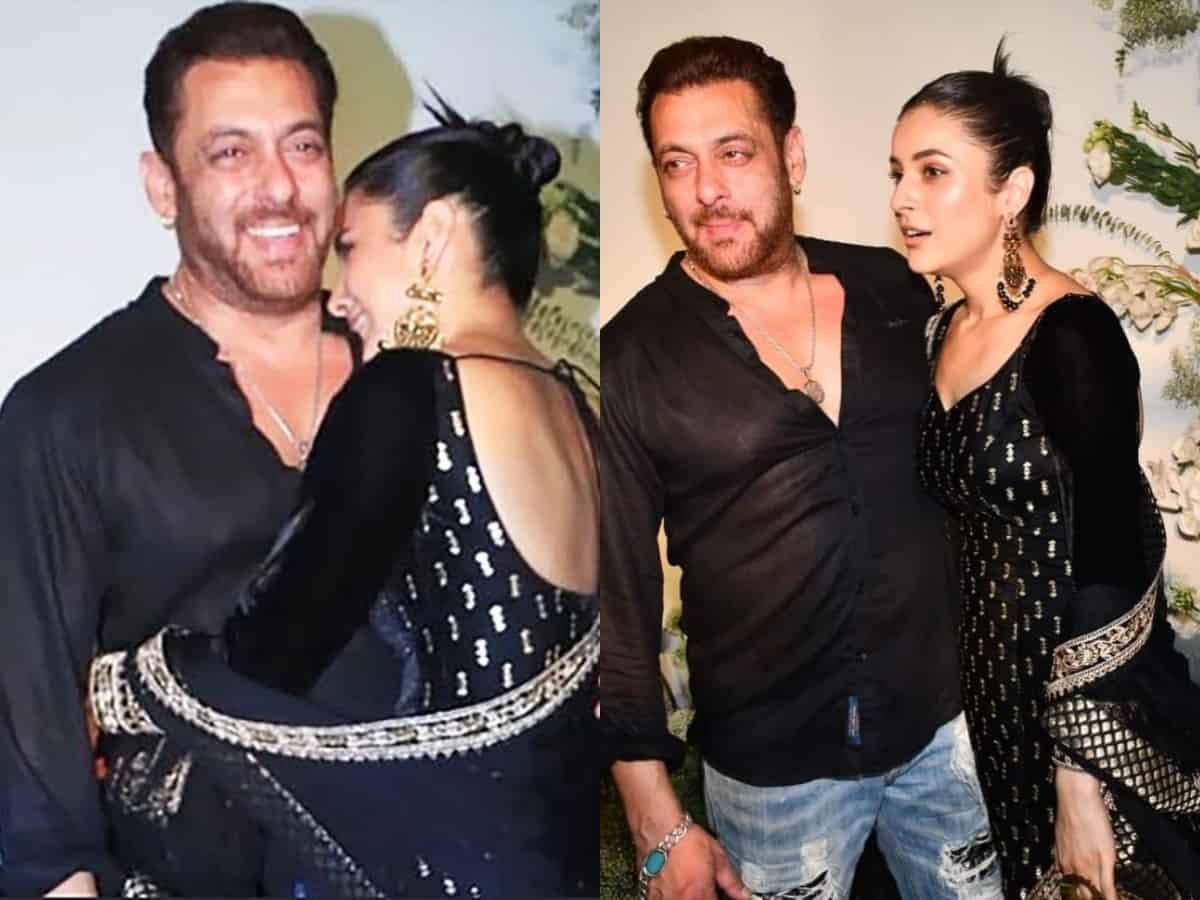 Mumbai: A video of superstar Salman Khan and Bigg Boss fame Shehnaaz Gill hugging and engaging in an adorable banter has been doing the rounds on social media. The clip happens to be from Arpita Khan and Aayush Sharma’s Eid party that took place on May 3.

Netizens have been going gaga over the video and several other candid pictures coming from the event. Here’s how fans are reacting:

While many fans are happy to see the bond, a section of social media users were not pleased with the viral video who took to twitter to criticize Salman and Shenaaz’s behaviour in the party.

One user wrote, “Sorry but this doesn’t look normal, I think both are either drunk or high, I haven’t seen Shehnaaz like this ever, hope she is fine.”

However, some fans spoke up against the trolls and defended the duo.

On the professional front, Shehnaaz Gill is all set to make her grand debut in Bollywood with Salman Khan’s Kabhi Eid Kabhi Diwali and is supposed to be paired opposite Aayush Sharma in the movie. Shehnaaz was last seen in Punjabi film ‘Honsla Rakh’ opposite Diljit Dosanjh.

Salman, on the other hand, will be next seen in Tiger 3 with Katrina Kaif, Telugu actor Chiranjeevi’s movie ‘Godfather’ and Kick 2.