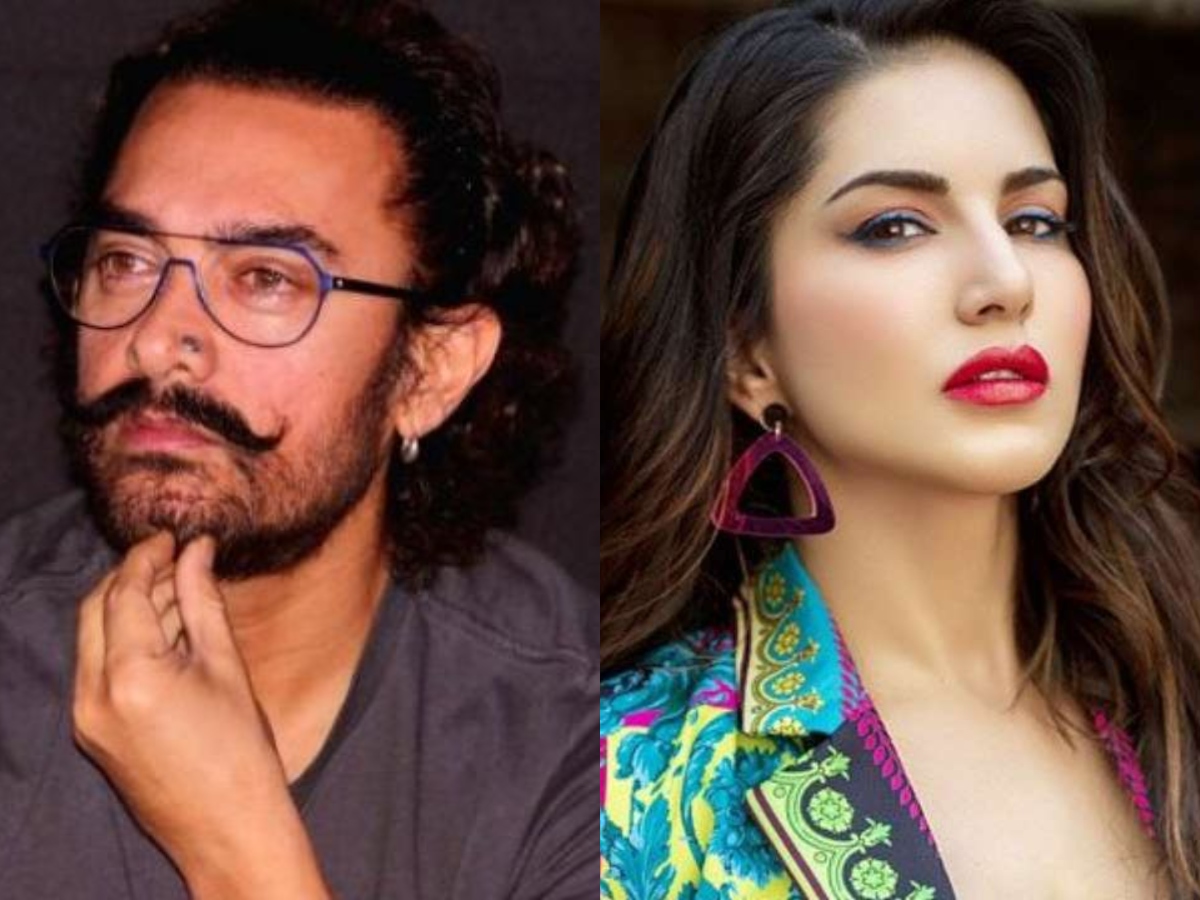 Mumbai: Actress Sunny Leone who has made a place for herself in the Hindi film industry after years of perseverance and hard work was once asked by a news journalist that why would a superstar like Aamir Khan want to work with her despite knowing her past.

In 2016 the actress had given an interview to senior journalist Bhupendra Chaubey, which was filled controversial and borderline derogatory questions towards Leone.

The interview received a lot of backlash on social media and the journalist was called out for his poor conduct. She was told that the public perceived her as someone who is corrupting our entire nation’s moral fabric.

Chaubey had then gone on to ask, “Do you think an Aamir Khan would ever work with you?” to which Sunny had replied “probably not.” When asked why she said, “Because of my background.” And when she was asked if she would like to work with Mr Perfectionist, she said, “Of course, who wouldn’t”.

For the unversed, before working in the Hindi film industry, Sunny was an adult film star and was constantly asked about it and was shamed throughout the interview.

However, as Twitter was abuzz with criticism for such probing on the part of the interviewer, almost putting her down, Aamir Khan himself decided to tell the world that he would love to work with Sunny Leone.

The Dangal actor earlier took to Twitter to voice his support for Leone. “I think Sunny conducted herself wid a lot of grace & dignity.I wish I cud hav said the same abt the interviewer (sic),” he said. “Sunny,I wil b happy 2 wrk wid u.I hav absolutely no problems wid ur “past”, as the interviewer puts it.Stay blessed.Love . (sic),” added Aamir.

In fact, when Aamir Khan was asked this question in a press conference, he very graciously spoke high of Sunny Leone and instead hoped that the actress would want to work with him.

Sunny acknowledged Aamir’s support with a re-tweet, which read: “I think my heart just dropped seeing this! Thank you so much for the support. It means the world and beyond to me.

The interview was tagged as “disgusting and sexist” by a string of celebrities, who expressed support to Sunny.

However, Sunny answered the queries with wit and poise, thereby garnering applause from known names of the film fraternity.

What do you think of this sweet banter between the two actors?