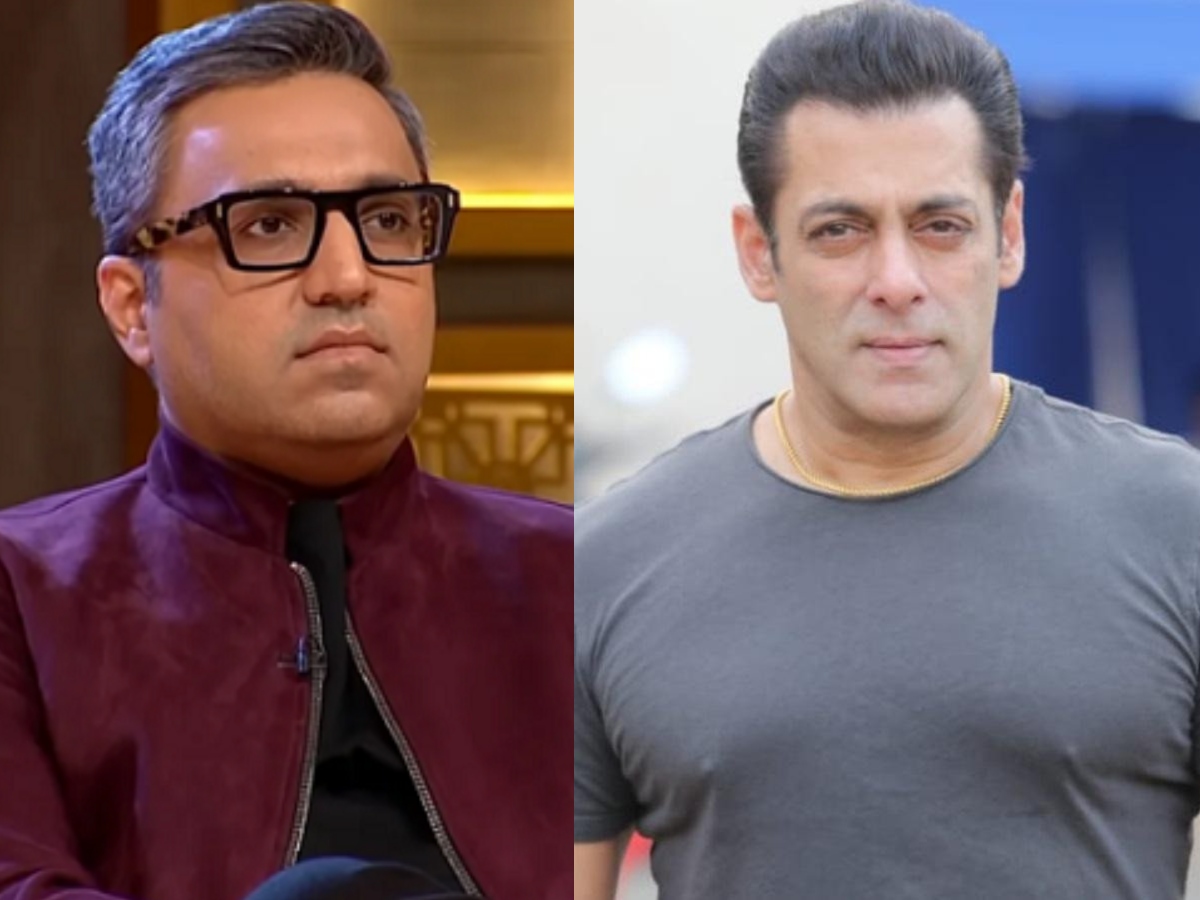 Mumbai: Popular US show Shark Tank came to India in 2021 and with it brought forth hidden gems of the Indian business world in the form of ‘sharks’. One of the sharks that won a huge name for himself is Ashneer Grover, former managing director of BharatPe. From his straightforwardness and his satirical sense of humor, he quickly became a fan favorite. He always has something interesting to say.

Recently, he shared a hilarious anecdote wherein he tried to negotiate with Salman Khan‘s team to get him to appear as the brand ambassador for one of his business ventures.

Sharing the incident at a recent college event, Ashneer Grover said, “In 2019 I intended to enlist Salman Khan as a brand ambassador. Nobody could have ever thought of it. I was a small company and I wanted to generate trust overnight and so I thought to make Salman Khan my brand ambassador.”

He further revealed that Salman Khan’s fee for endorsements was 7.5 crores at the time and said, “When I approached Salman’s team, they told me that they will charge Rs. 7.5 crores, that’s when I started calculating. I had 100 crores, I will give him Rs 7.5 crore, I will spend another Rs 1-2 on making the add and I should also pay to the broadcasters, it’s a Rs 20 crore expense and I have Rs 100 crore. I didn’t know if I would get another round of investment, and so I told Salman to decrease his price, and he agreed to do the ad for Rs 4.5 crore”

This is when the incident gets hilarious, as Salman Khan’s manager asked Ashneer, “Aap bhindi khareedne aaye ho kya?” Ashneer narrates, “At one point his manager asked me, ‘Sir have you come to buy vegetables? How much will you negotiate?’, to which I said, ‘I don’t have the money to give.”

Watch the full video below:

The video has been garnering a lot of attention and leaving netizens in splits.

Meanwhile, on the professional front, Salman Khan has Tiger 3, Kabhi Eid Kabhi Diwali, Pathaan, and Godfather in the pipeline.