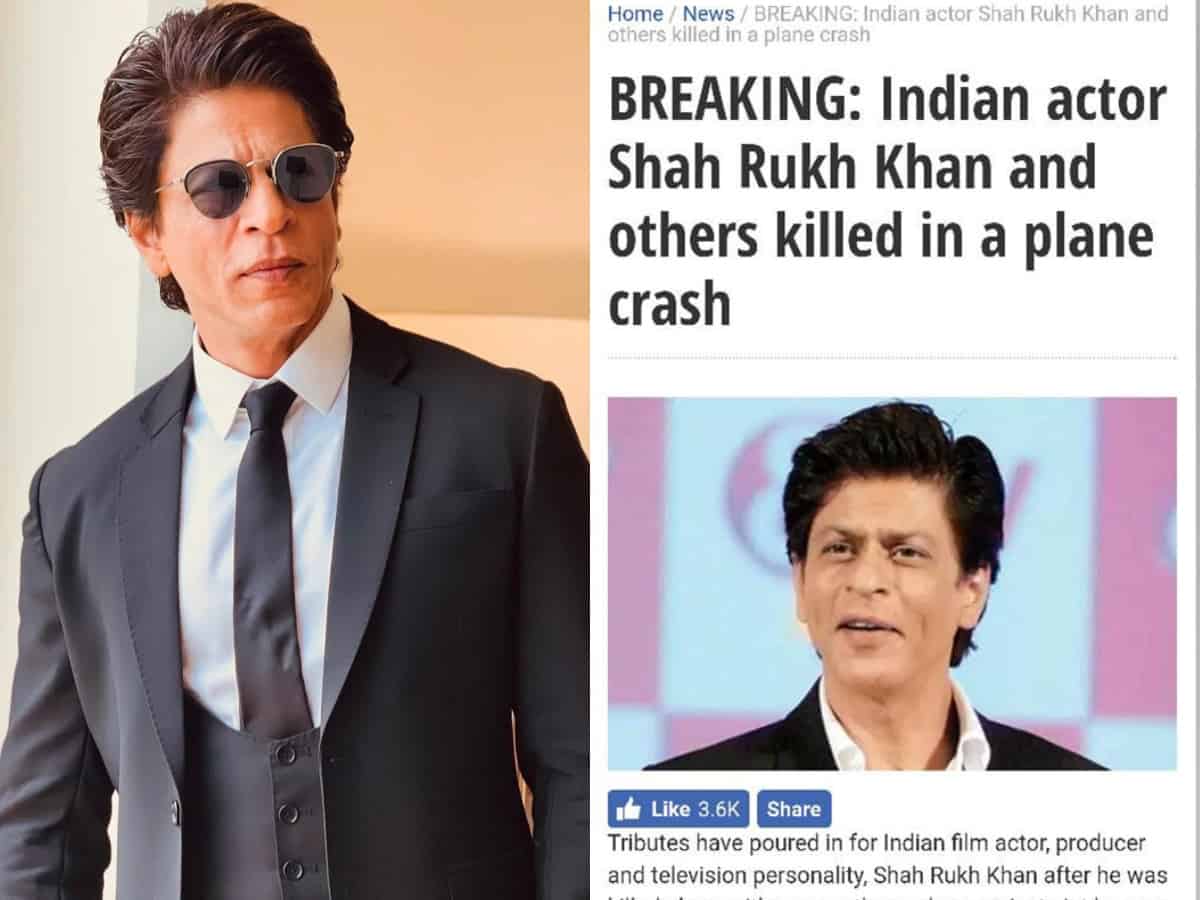 Mumbai: Over the years, we have seen a lot of celebrities falling prey to death rumours which are not only distressing to the stars but also to their massive fan following. Death hoaxes often lead to a chaos on social media which gets filled with wrong condolence messages by fans. Superstar Shah Rukh Khan is one among such stars who became the victim of death rumour.

In 2017, a European news network, in its ‘breaking news’ segment announced that SRK was ‘killed in a plane crash along with seven others’ creating panic among fans across the globe. The article that took internet by storm then read: “Tributes have poured in for Indian film actor, producer and television presenter Shah Rukh Khan after he was killed along with seven others when a private jet he was travelling in crashed. It is believed to have been caused by turbulent weather. He was travelling in a Gulfstream G550 jet with his personal assistant and others to Paris for a meeting. The death of Shah Rukh Khan has stunned the Indian diaspora worldwide.”

Soon after the report of him dying mid-air enroute Paris went viral, SRK in his own signature witty style responded to it. Taking to his Twitter, King Khan wrote, “TGIF! Survived the week inspite of a plane crash, fatal accident on sets & yet another title of Imtiaz Ali film!”

On the professional front, Shah Rukh Khan will be next seen in Pathaan and Jawan. He also has cameos in Brahmastra starring Ranbir Kapoor-Alia Bhatt and Tiger 3 starring Salman Khan and Katrina Kaif.