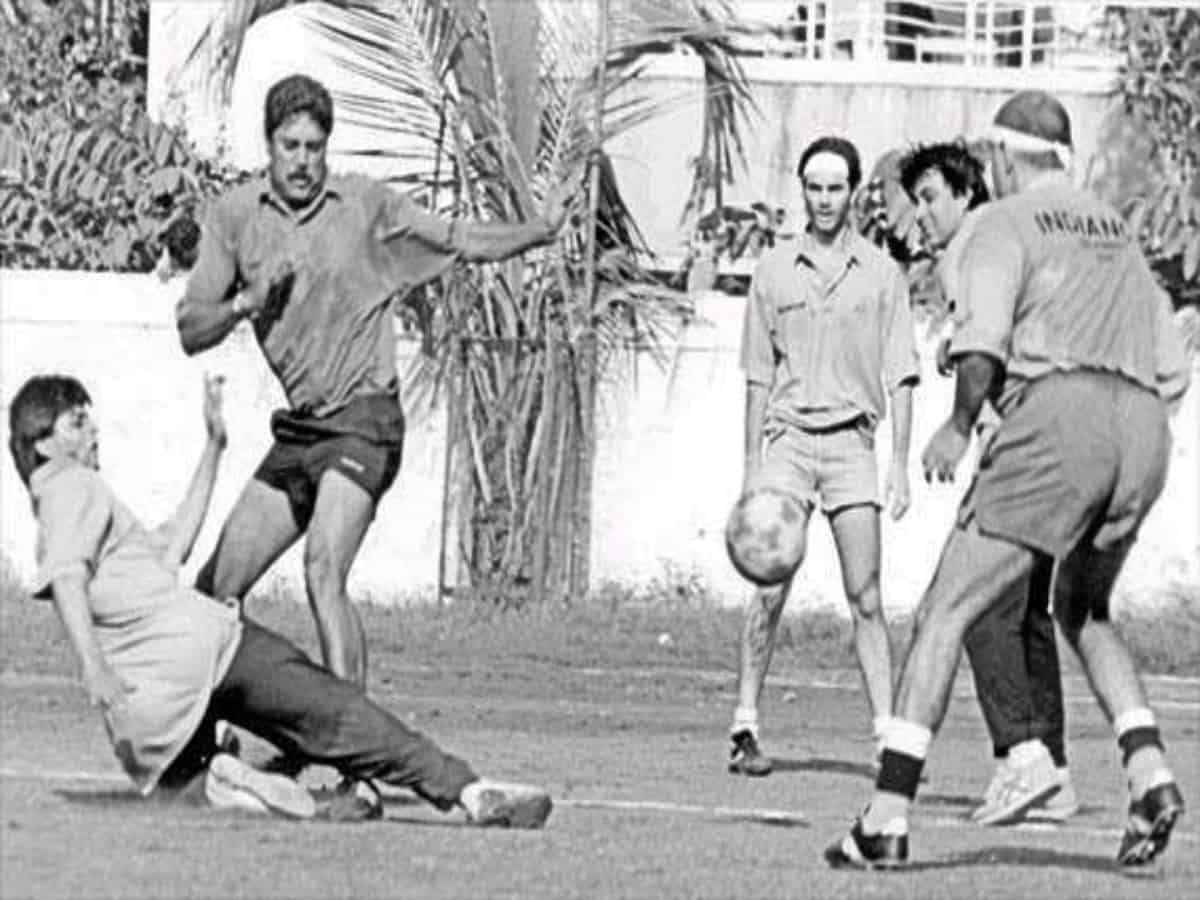 Mumbai: Actors, cricketers and other celebrities playing charity sports together is a popular trend now. Ranbir Kapoor, Abhishek Bachchan and Virat Kohli among others, often feature together in charity football games, including that of All Stars Charity Football Club. The trend, however, began years ago. This picture of SRK and Kapil Dev from the 1990’s is a proof.

We recently got our hands on a million-dollar flashback picture of Shah Rukh Khan on Twitter where the superstar was seen playing football with the cricket legend Kapil Dev and actor Sohail Khan in the 90s.

It features SRK aiming for a goal with Kapil Dev behind him. The photo also has actor Deepak Tijori and Puneet Issar playing the game along with them. The picture is going viral on social media and is being widely shared by the fan clubs.

While it seems to be a friendly match where both the legends are accompanied by their other friends, the vintage monochrome picture surely speaks a lot about their love for sports, be it cricket or football.

Meanwhile, on the professional front, SRK is currently working for his upcoming film Pathan which will also star Deepika Padukone in the lead role. Helmed by Sidharth Anand, the film will also feature Salman Khan’s special appearance.

On the other hand, SRK is also a part of Aamir Khan’s ‘Laal Singh Chaddha’ with Kareena Kapoor.