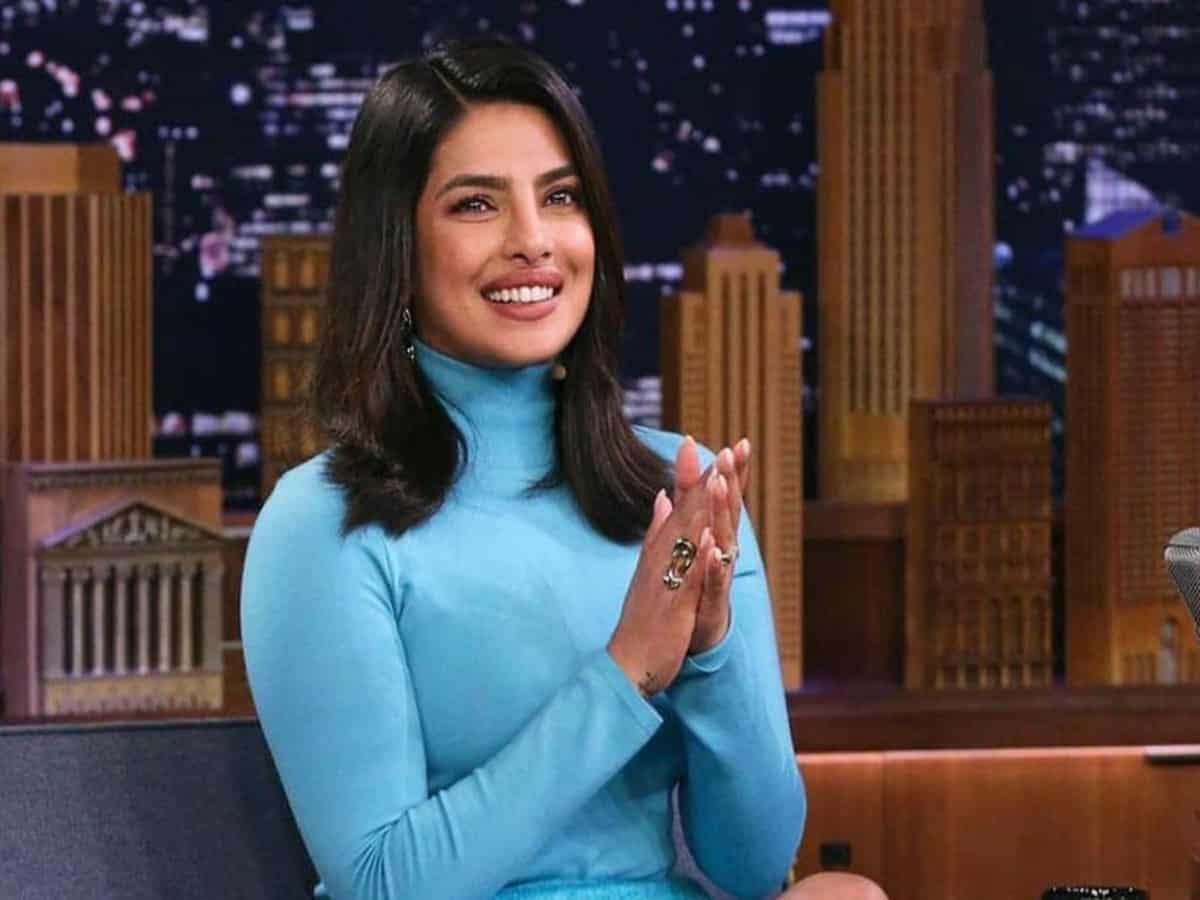 Mumbai: International star Priyanka Chopra created an uproar on social media after she claimed that her father Dr Ashok Gupta used to ‘sing in mosque’. She told this while speaking about her religious, spiritual views and her secular upbringing as a child in India in an interview with Oprah Winfrey.

In a new promo from the interview which is surfacing online, Oprah talked to Priyanka about India’s ‘spiritual energy’ and asked if she had a ‘spiritual foundation’. Replying to her, Priyanka said, “I think I did. In India, it is hard not to. You’re right. With the swirling number of religions that we have, that live within the country as well. I grew up in a convent school. I was aware of Christianity. My dad used to sing in a mosque, I was aware of Islam. I grew up in a Hindu family, I was aware of that. Spirituality is such a large part of India that you really cannot ignore it.”

Priyanka added how her late father, Ashok Chopra, always taught her that all religions are ways to the same God.

However, her statement did not go well with many, creating an outrage on social media. Many users even questioned the former Miss World that which mosque allowed her dad to sing.

Check out how netizens reacted to her claim:

While many criticised Priyanka Chopra for her claim, a section of social media user defended her. “I don’t understand why so many of the maniacs are pressed because of her saying her father sings in mosques. I think what she meant was singing prayers during milads or jumma, that is very normal. As a Muslim who goes to pray every Friday at mosques, let me tell you, it is normal,” wrote one user.

Another fan page of Priyanka and Nick Jonas wrote, “I also did some research and found that Qawwali is a form of Sufi Islamic devotional singing, which is popular in Punjab and other parts of India and Pakistan. There are even recordings of Priyankas dad doing these signings. We all need to not be so quick to judge and assume.”

Priyanka Chopra was on the show to promote her recently unveiled memoir, Unfinished. The interview will be a part of the media and lifestyle mogul’s, ‘Super Soul’ series which is based on her Emmy Award-winning TV show ‘Super Soul Sunday’.

Oprah Winfrey’s interview with Priyanka Chopra Jonas is scheduled to air on Discovery+ on March 24.

Meanwhile on the professional front, Priyanka Chopra was last seen in We Can Be Heroes and The White Tiger. She is currently prepping up for the release of her upcoming Hollywood movie ‘Text For You’.