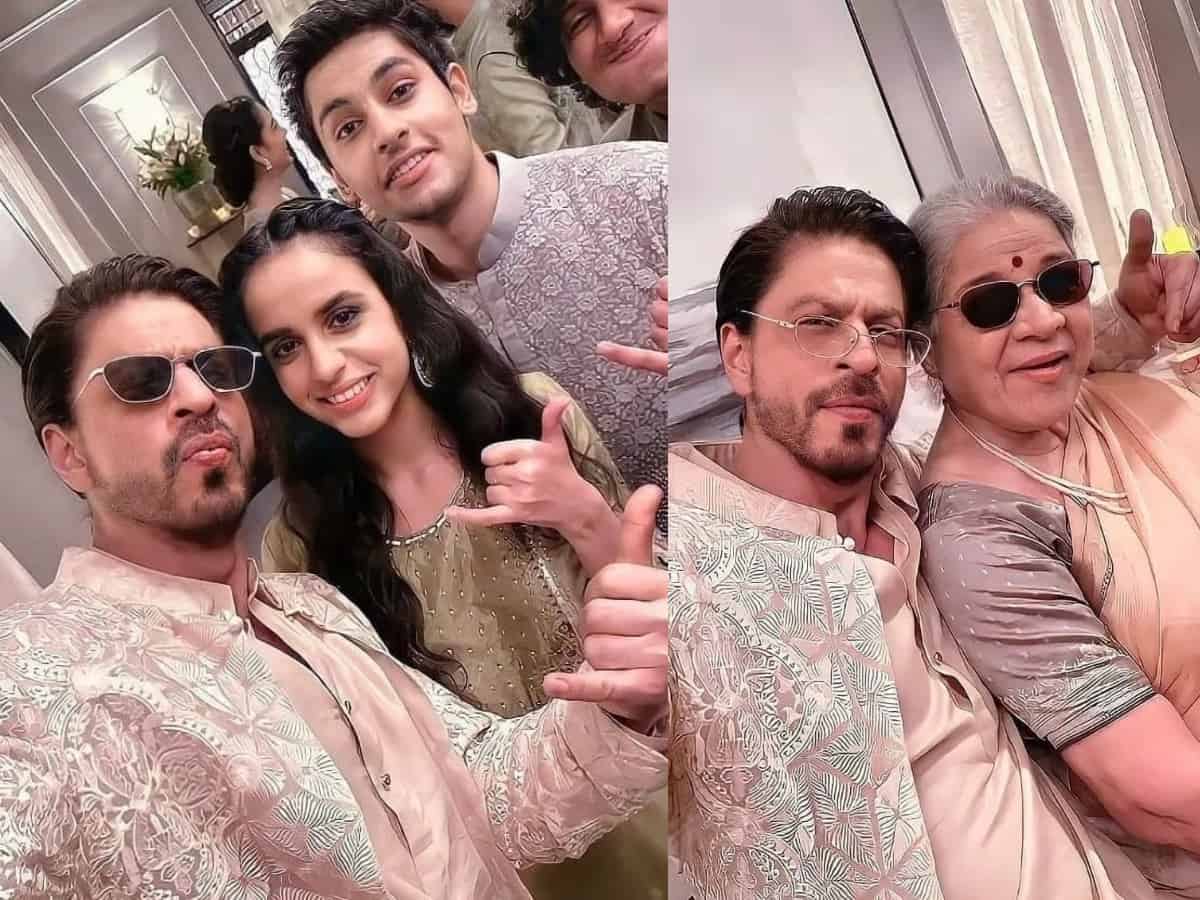 Mumbai: Superstar Shah Rukh Khan has been making headlines for various reason including his son Aryan Khan’s arrest and his latest Cadbury advertisement. For the unversed, SRK was recently seen in the confectionary giant’s Diwali ad wherein the actor was seen promoting the local and small businesses.

Now, a few pictures of Shah Rukh Khan are going crazy viral on social media. Reportedly, these pictures have been clicked on the sets of the Cadbury ad shoot. In pics, SRK is seen posing with his co-stars.

In the first photo, Shah Rukh Khan is posing with two of his young co-stars. In the next picture, he can be seen sitting with his much older co-star as SRK puts his hand around her shoulder. Check them out below:

Meanwhile, a section of social media users have been calling out Cadbury for onboarding SRK amid Aryan Khan’s drug case. #BoycottCadbury has been trending on Twitter ever since the ad’s release.

In terms of work, reports have it that Shah Rukh Khan has postponed all his movie shoots as he is taking his personal space to cope with the turmoil in his life. He also has Pathan alongside Deepika Padukone and John Abraham in his kitty.