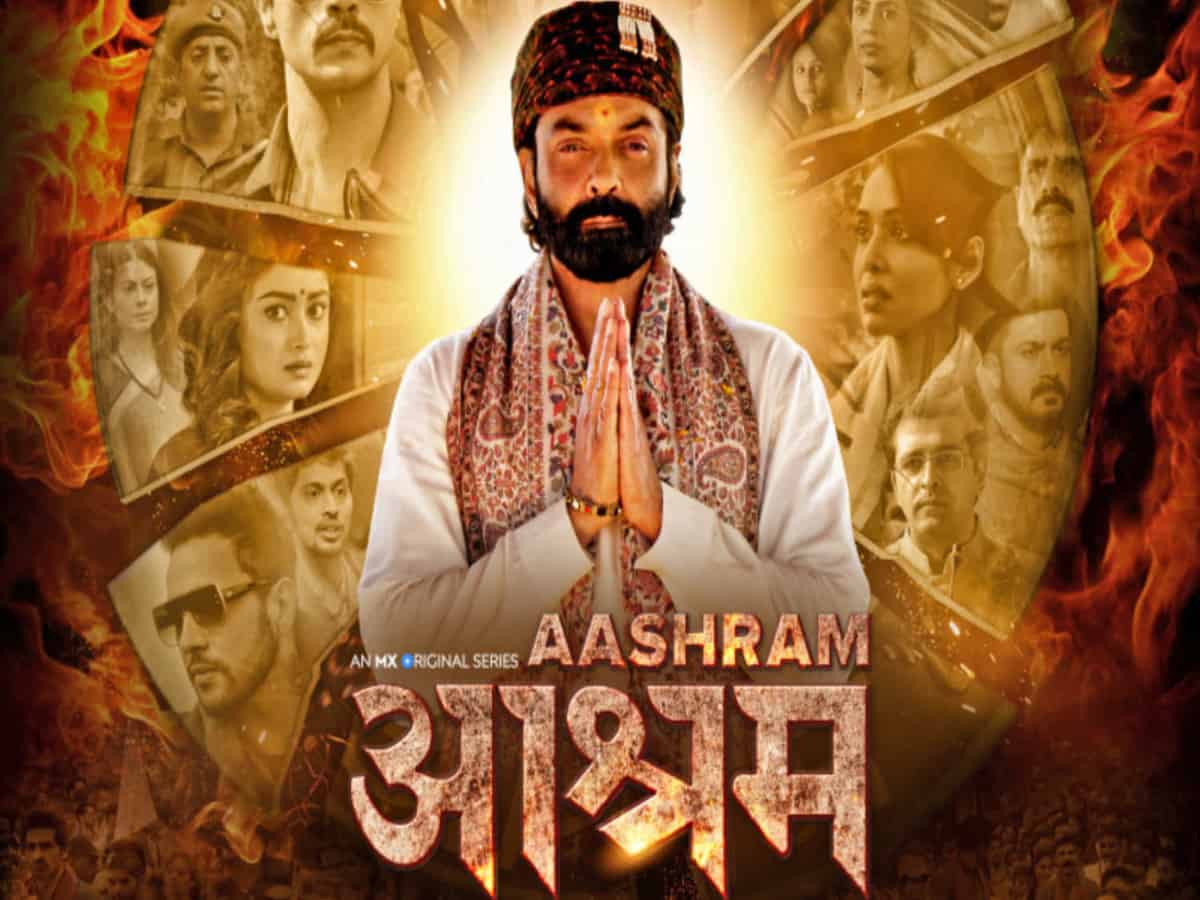 Mumbai: Headed by filmmaker Prakash Jha, the web series Aashram starring actor Bobby Deol, has landed into a legal soup after a case was filed against the show for the portrayal of Hindu saint as a corrupt godman. This led to the hashtag #BanAashram trending on Twitter.

Netizens claimed that the portrayal of Bobby Deol as a Hindu saint has hurt the religious sentiments of Hindus, who respect and worship saints. As per the petitioner who filed case against Aashram, the portrayal as a rapist, corrupt, and drug dealer has diminished the place saints hold for Hindus.

On Wednesday, netizens took to Twitter to express their dismay over the series and flooded social media with #BanAashramWebseries. The hashtag soon began to trend with netizens calling for a ban on the show with immediate legal action.

One user wrote, “Strict and immediate legal action against Prakash Jha and Bobby Deol is the demand of Hindus as they are defaming Hinduism and demeaning Hindu Saints #BanAashramWebseries.”

“People like Prakhash Jha and Bobby Deol ,in the name of creativity and entertainment, have crossed all limits of defaming hindus and their saints. This is International conspiracy to insult hinduism through bollywood.Ban such serie #BanAashramWebseries,” wrote another user.

According to media reports, a Jodhpur court on December 14 has also issued a notice to actor Bobby Deol and producer Prakash Jha in connection with a case filed against Aashram. The court slated the matter for further hearing on January 11, 2021.

For the unversed, Aashram shows the rise of a Godman who goes on to indulge in unscrupulous activities while being corrupt and building a cult as the public follows him blindly. The web series is offered to viewers for free streaming on MX Player.

The story of Aashram revolves around a godman, played by Bobby Deol, who asks his followers to have blind faith in him. In the name of faith, he asks people to stay in his ashram. He rapes women in the Aashram also drugs/dupes them so that they forget everything that happens to them.

The thriller-suspense drama Aashram is a Hindi web series produced by Prakash Jha Productions. The story of Aashram very much resembles with the case of Gurmeet Ram Rahim Singh, the chief of Dera Sacha Sauda in Haryana. Gurmeet Ram Rahim Singh was convicted of rape and murder in 2017. He is currently serving a 20-year prison sentence in a jail in Haryana’s Rohtak.

However, there is no official confirmation or announcement regarding the same.