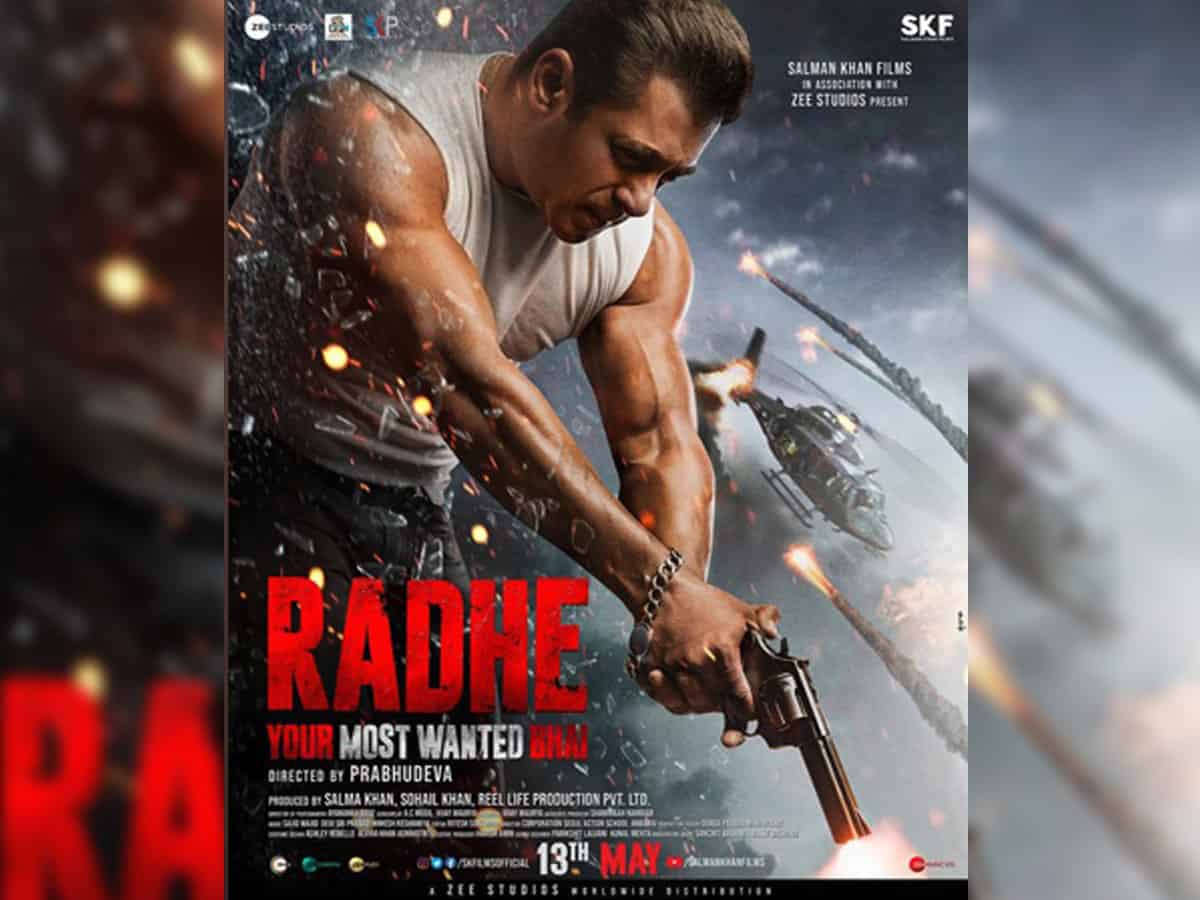 Mumbai: The sudden spike in the COVID-19 cases and the second wave has forced state governments to impose strict restrictions and even call for curfew, lockdown if required.

Amid the surge in the COVID-19 cases especially in Maharashtra, the big Hindi films that were lined for releases might have to just re-think about releasing their films in the theatres now. One of the most awaited theatrical releases of this year, ‘Radhe Your Most Wanted Bhai‘ starring Salman Khan, which was set to release on May 13, 2021 on the occasion of Eid is now in the buzz that will the makers anyway go with the flow and release the film as per the schedule or will it be postponed?

According to a report by Bollywood Hungama, a source from the film’s team revealed, “As of now, there are no plans of pushing the film. The release date remains the same, that is, May 13, 2021. We’ll wait and observe the situation and whether the COVID-19 cases hit the peak and come down by mid-April, as predicted by some experts. The decision will be taken by end of April 30 or on May 1, when the lockdown is lifted. But as things stand today, there’s no change in the release date of Radhe – Your Most Wanted Bhai.”

It is being reported that the superstar Salman Khan is being paid a whopping amount of Rs 50 crore for Radhe. He will be seen playing the male lead and finished the shoot of the film after coronavirus-induced lockdown ended last year.

Director, actor and choreographer Prabhu have reportedly hiked his fee for the films after his ABCD franchise minted good numbers at the box office. If the latest reports are to be believed, Prabhu Deva is charging Rs 10 crore for directing Radhe.

Meanwhile, Disha Patani who will feature as female lead in the film is charging Rs 5 crore and Randeep Hooda is being paid Rs 3 crore.

The cinema business had just begun to revive with the release of films like Roohi on March 11 and Mumbai Saga on March 19. Some very exciting films were lined up for release in April 2021. Most of these releases like Chehre and Bunty Aur Babli 2 were pushed ahead even before the state government declared a lockdown. The announcement of the lockdown-like restrictions in Maharashtra from April 5 to April 30, 2021 has dealt a big blow to the cinema industry.