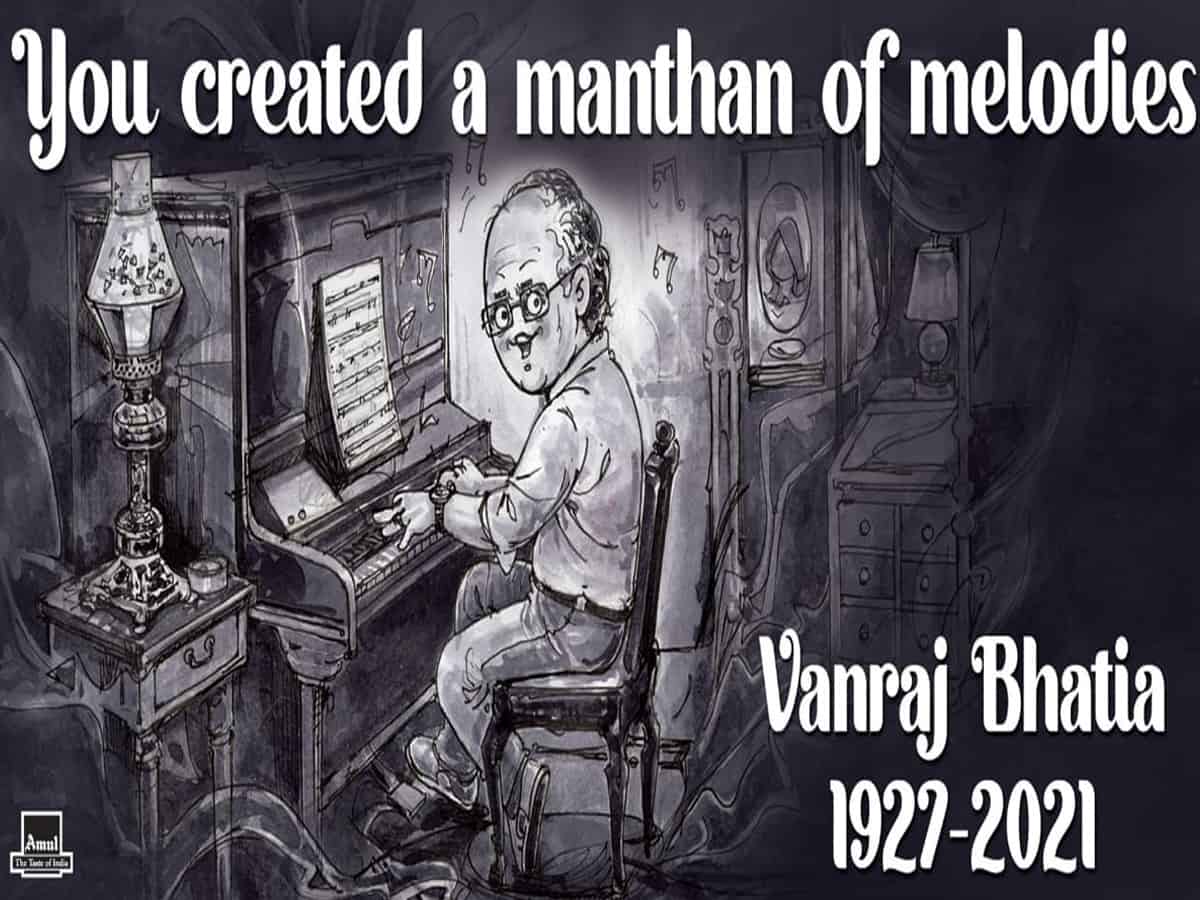 New Delhi: Dairy brand Amul on Friday paid tributes to Padma Shri awardee Vanraj Bhatia who passed away on Friday at the age of 93.

Amul shared the new cartoon featuring the celebrated music composer in a monochromatic post on Twitter this evening.

The doodle features Bhatia as he is seen seated beside a piano and creating magical music with his fingers on the keys of the instrument. It features the late composer in a room as the sound of music propagates in the closed area.

As per reports, his health further deteriorated in the last couple of months. He passed away at his home.

The legendary composer had won the National Film Award for Best Music for Govind Nihalani’s ‘Tamas’ in 1988 and the Padma Shri in 2012. He carved his niche with his distinct notes in the seventies and the eighties in the art cinema circuit.

Born on May 31, 1927, in Mumbai, Bhatia studied western classical music at the Royal Academy of Music in London and the Paris Conservatory. He returned to India in 1959 and started working as a Reader in Western musicology at the University of Delhi.

He was also one of the pioneers of spiritual music with albums such as Bhagavad Gita and Anant. He had more than 7000 advertising jingles to his credit. In 1972, Bhatia composed the background music for his first Shyam Benegal film, ‘Ankur’.