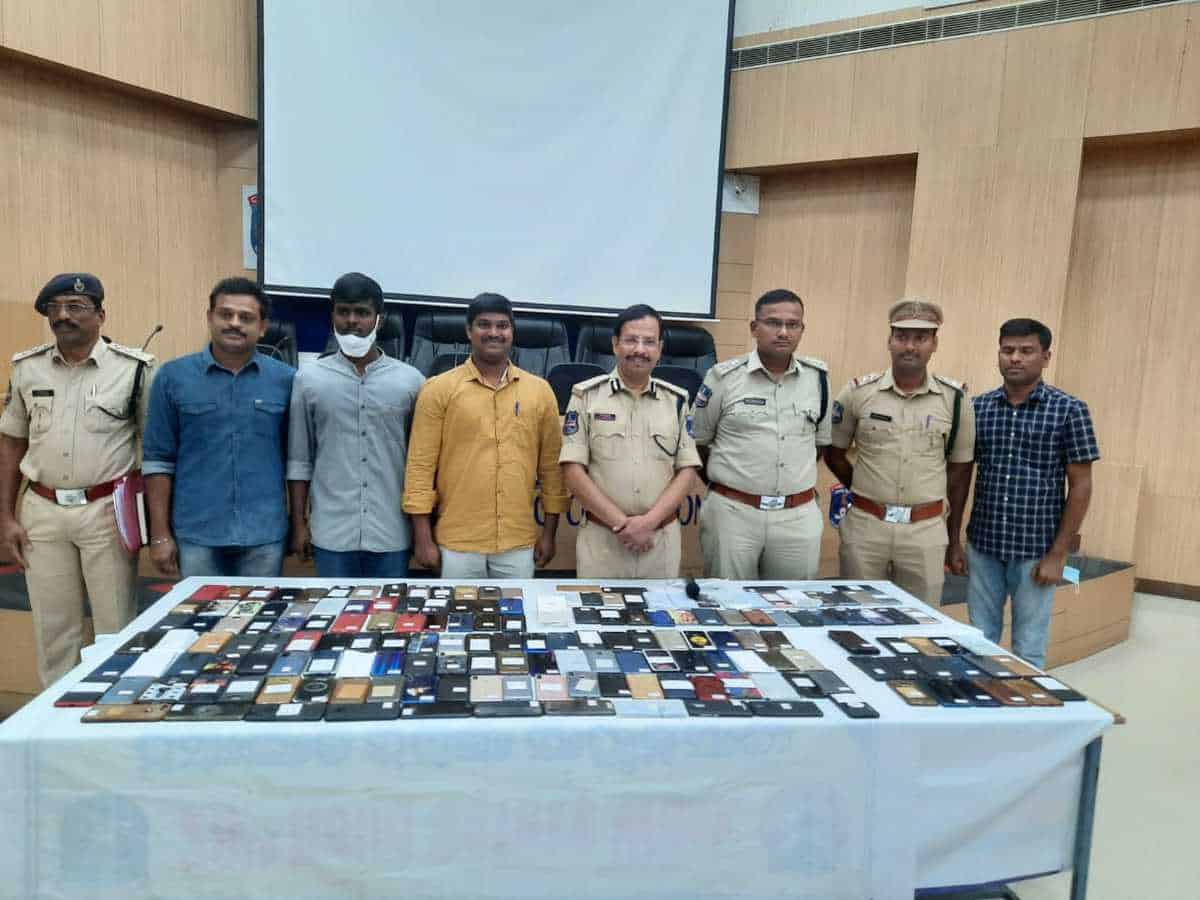 Hyderabad: The Crimes Wing Police of Cyberabad on Saturday handed over more than 200 cell phones to their owners who had lost them at different times in the city.

The Commissioner of Police, VC Sajjanar, handed over the lost devices to the citizens and appreciated the efforts of the Crimes Wing Police officers and staff who, he said, went extra mile and traced the cell phones “even amidst their busy schedule.”

“This was out of the concern for the grievances of citizens,” he said.

The CP also advised the public to be careful in future and take precautions always with regard to their electronic devices, particularly cell phones.

“Many people save their personal data in the cell phones and if they reach the hands of criminals, they may be misused. Hence, public need to be alert and take care of their gadgets always in public places,” he said.