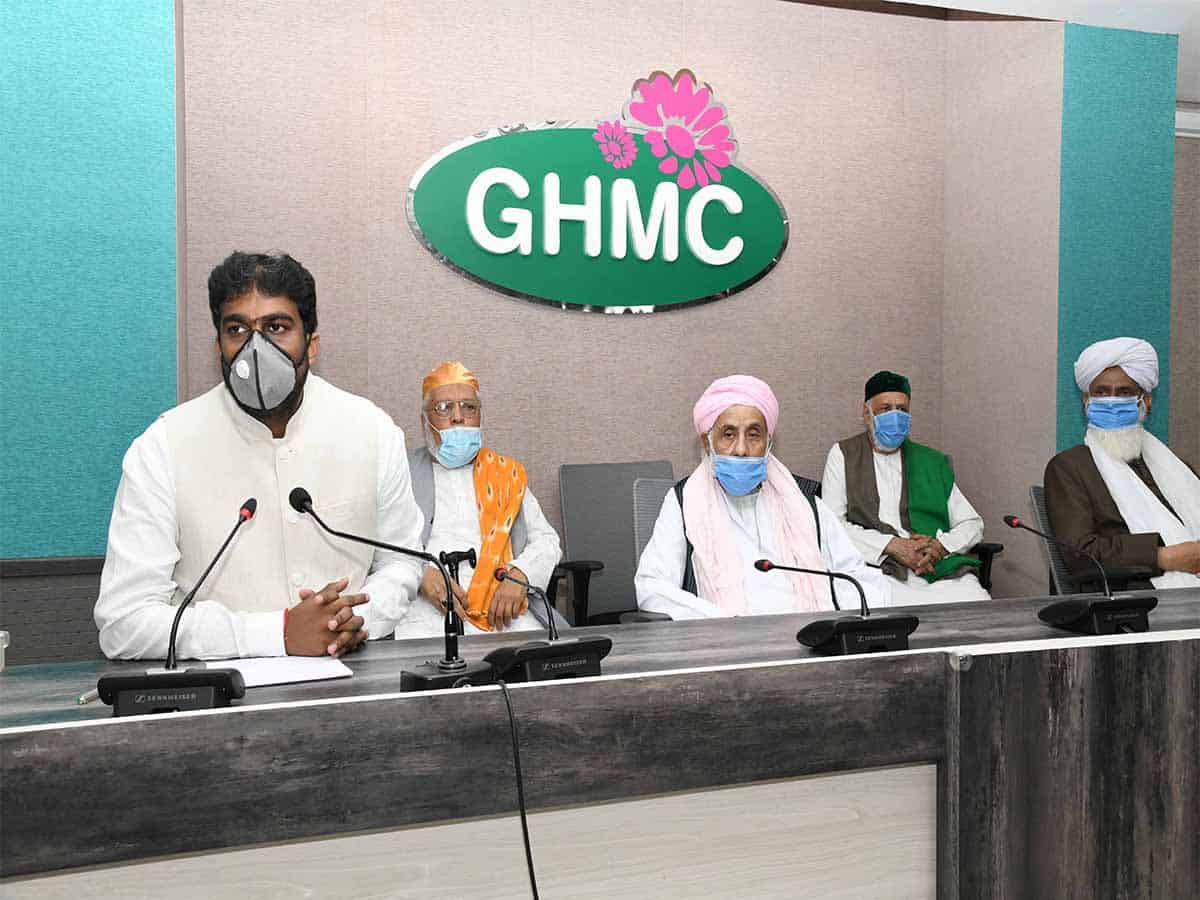 Hyderabad: The stage is all set for the election of our new mayor and deputy mayor, who will be elected by the newly elected Greater Hyderabad Municipal Corporation (GHMC) corporators after they take their oaths in the next few hours.

While the posts are not that politically important per se, it is a matter of prestige for the ruling Telangana Rashtra Samithi (TRS) which had to concede space to the Bharatiya Janata Party (BJP) in the GHMC polls held last year. The BJP pulled the rug from under the TRS’s feet, and managed to win 48 out of the 150 seats, while the latter was victorious in 56 wards.

The All India Majilis-e-Ittehadul Muslimeen (AIMIM) retained its 44 seats from the previous polls. The Congress, once a major player, managed to win just two seats. In the 2015 GHMC polls, the TRS won 99 seats and secured the mayor and deputy mayor posts unanimously. This time it won’t be easy, as the BJP will try to win or at least make things harder for the TRS.

The TRS still has an upper hand as it also has 32 more ex-officio members (local members of Parliament and MLAs) of the GHMC who will also vote for the mayoral election. There are a total of 193 people (corporators and ex-officio members) who will vote to elect the new GHMC mayor and deputy mayor.

For the election to be held, a quorum of 50% attendance is compulsory. Moreover, there is a chance that the BJP, which is now in a strong position with 50 (48 plus two ex-officio seats), will create a ruckus and might even delay things by staging a walk out during the process. Both the BJP and TRS are likely to be in a direct contest, while the AIMIM is expected to abstain or support the TRS.

It is to be seen whether the AIMIM supports the TRS directly, as leaders from the latter completely denied having any kind of understanding with the AIMIM, possibly to not let the BJP call it “communal”. However, since the TRS came to power in 2014, it has had fairly good relations with the All India Majilis-e-Ittehadul Muslimeen (AIMIM).