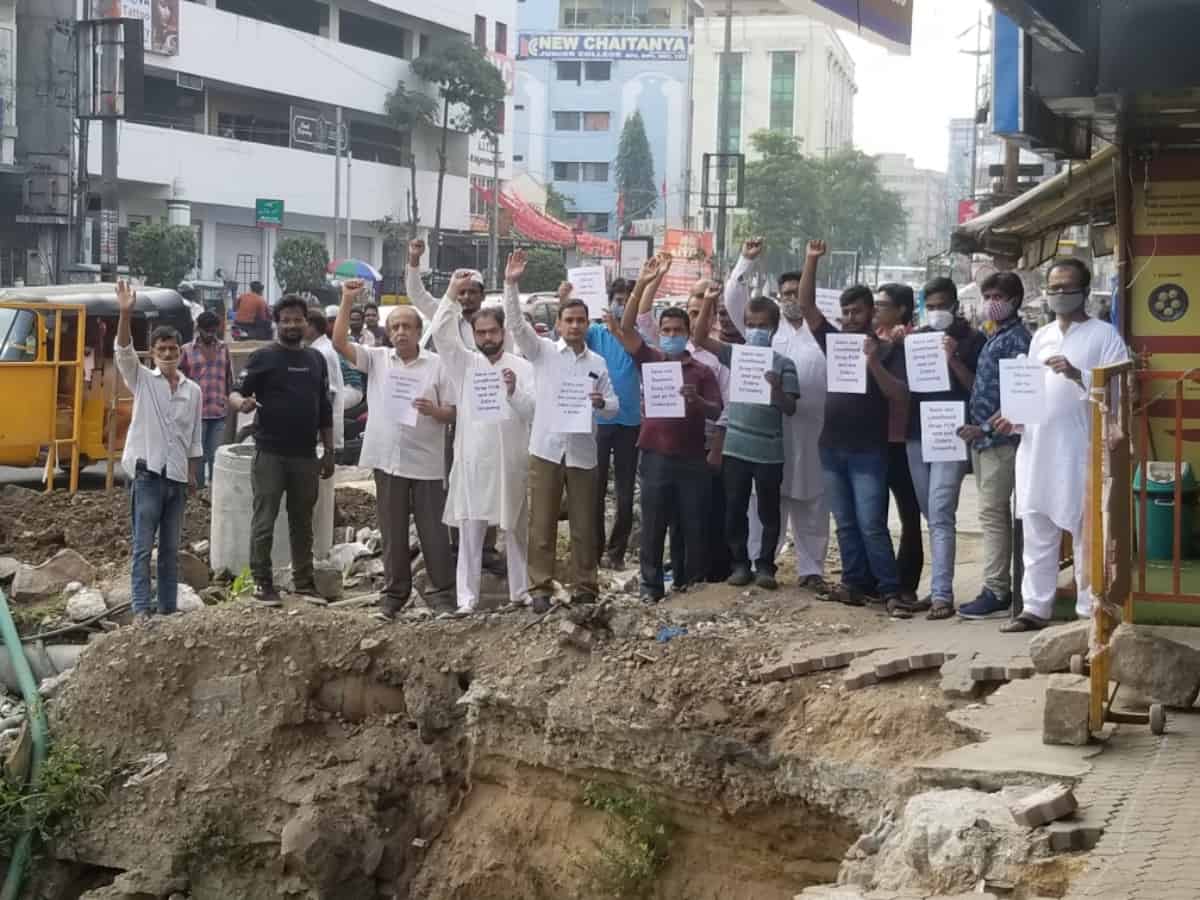 Hyderabad: The shopkeepers in Narayanguda have resorted to protest against the construction of Foot over Bridge in the area.

The GHMC had initiated the construction of a F.O.B. at Naryanguda in June 2020 on an antiquated 50-year-old conventional design.  According to the locals, it seems to be totally and entirely unsuitable for a congested and highly commercial location like Naryanguda.

The shopkeepers in a press statement said that it has a footprint of 69.1 feet on either side of the road, thus covering up 12 to 14 shops and snatching their livelihood. The same bridge can be built on a 20 feet footprint only using the design attached.

Alternately, the same pedestrian crossing can be made in a much more practical way by constructing either a road underpass or by making a zebra crossing, said the shopkeepers.

They also added that the GHMC has refused to have a conversation with them forcing them to conduct protests and dharnas.