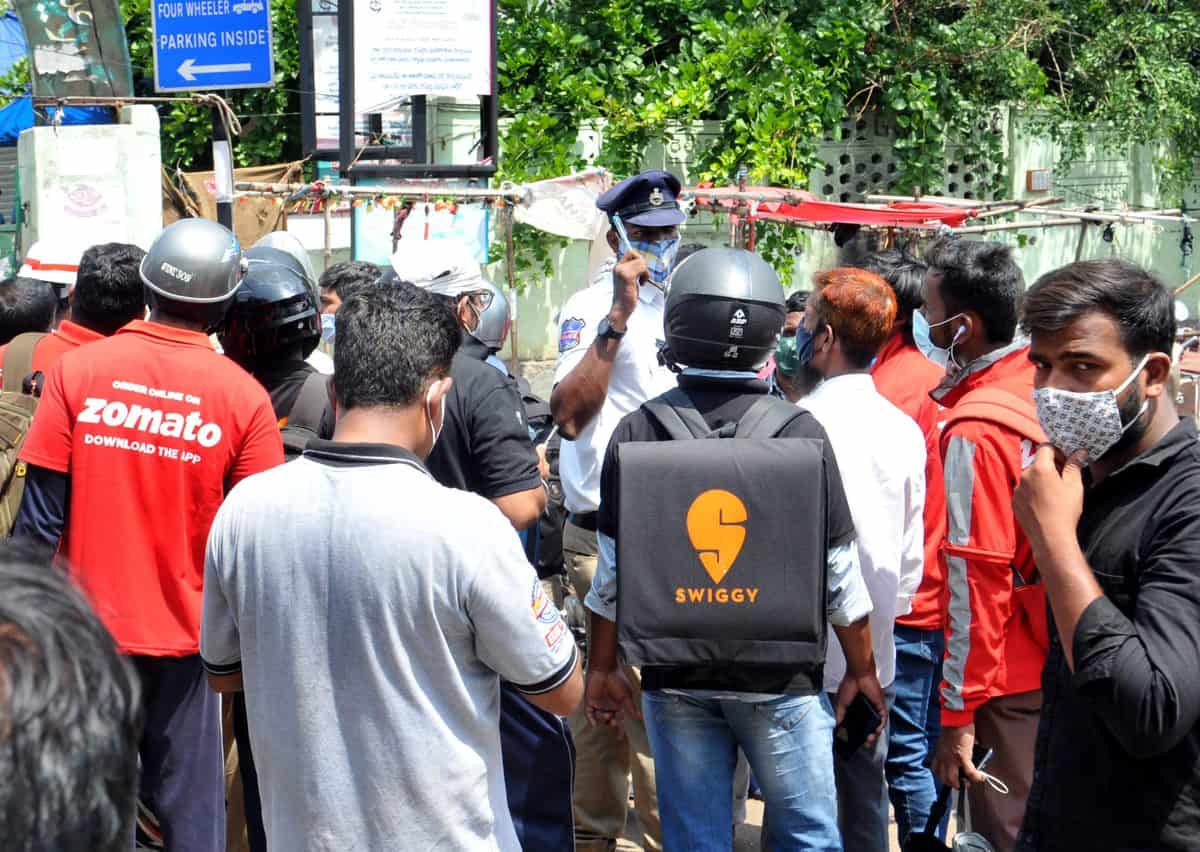 Hyderabad: In a major relief to scores of workers, food delivery company Swiggy on Monday announced that all penalty amounts charged or levied on delivery partners on May 22 will be refunded. The development comes as a huge relief for the personnel, who bore the brunt of police excesses in Hyderabad last week on Saturday when the cops tightened their vigil during the ongoing COVID-19 lockdown.

Owing to the police suddenly stopping food delivery boys, in spite of the state COVID-19 lockdown guidelines allowing them to work, many of the workers faced a penalty from the company by default for missing deliveries to customers. The fault, of course, was not theirs but was due to the arbitrary actions of the police in across the Hyderabad, Cyberabad and Rachakonda police commissionerates. Swiggy’s will ease the financial pressure off of them.

It has been learnt that vehicles of the delivery boys, which were seized last week during the police’s harsh clampdown on lockdown violators, would also be given back to them. Many delivery boys, who earn around Rs. 500 to 700 a day, were also subjected to lockdown fines. While the cops are certainly allowed to levy fines in case of violations, many delivery boys, and even some among the general public said that they were stopped in spite of having valid reasons or permission to be out.

After the police’s fiasco last week, the issue drew widespread public backlash against the police, leading to state home minister Mahmood Ali and state IT minister KT Rama Rao also intervening. After a meeting was held with senior police officials, state Director General of Police M. Mahender Reddy said that the instructions were given to ensure that the supply of essential commodities would be smooth.

On Sunday, food delivery apps once again became active, albeit with limited options. However, on Monday, the Telangana State Hotels Association (TSHA) on Monday appealed to state IT and industries minister KT Rama stating that cops in the Kukatpally area under the Cyberabad police limits are intimidating businesses and not allowing them to operate.

The city police’s crackdown on lockdown violators continued on Monday. On the same day, in the Rachakonda commissionerate, 3532 cases were booked against people for various violations, including, not wearing mask/improper wearing mask cases, not maintaining Social distance cases, large gathering, consumption of liquor/pan/Ggutkha and other tobacco products in public places.