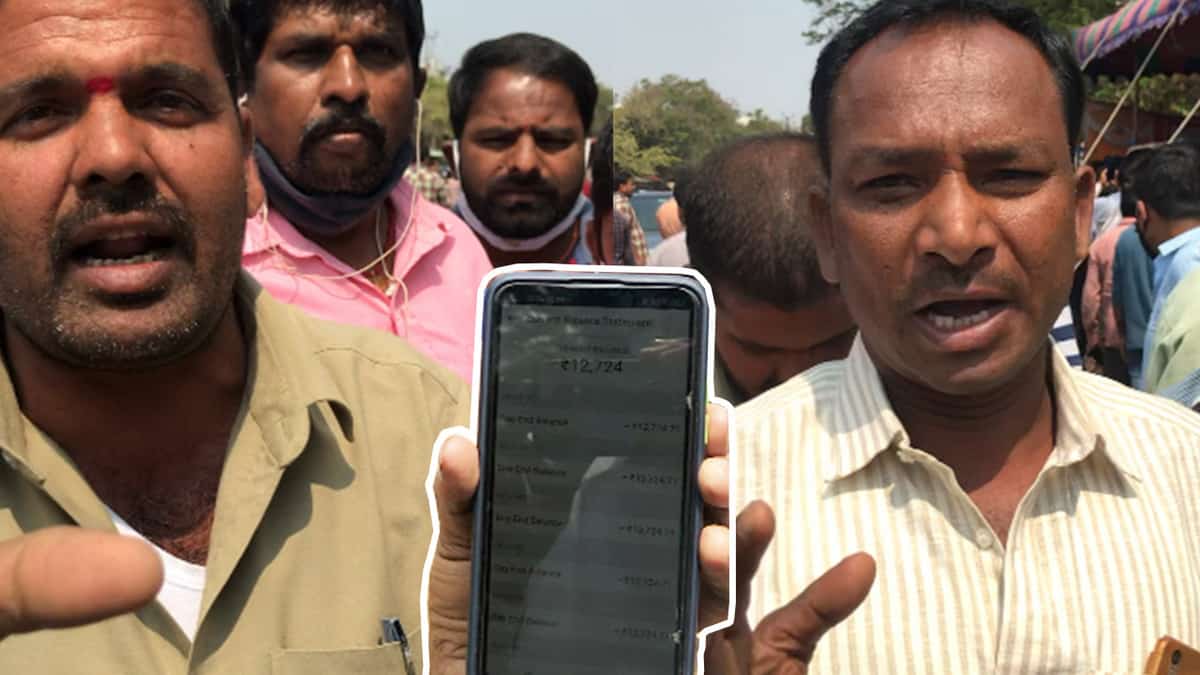 Hyderabad: Over 2,000 taxi and cab drivers staged a protest here on Thursday against online aggregators, private companies and the state government at Dharna Chowk, Indra Park, on February 18, over lack of financial support against increasing inflation and losses during the lockdown.

“When the lockdown was lifted we were hopeful that we would finally be able to feed our families, but one by one all our hopes got destroyed because of the work from home culture and increase in petrol and diesel prices. It is impossible for us to cope up” said Rajkumar, a 35-year-old Uber driver.

Another driver named Sreenu, who drives an Ola cab, stated “We are not demanding much, but what is our right. Companies promised us monthly of Rs.60,000 to 70,000 if we left our private jobs and auto-rickshaws to work for them. We believed them and bought cars on equated montth installment (EMI). Private companies made false promises and exploited us. Now, because of the lockdown, we don’t even have money even to feed our families,” he rued.

Shaikh Salauddin, national general secretary of the Indian Federation of apps based transport workers (IFAT), attacked private companies for exploiting cab drivers. “With the growing rate of petrol and diesel, the companies should also have increased the fare rate which now is Rs.10-11 per kilometer. It has been this way for many years even after the government told companies to increase the fare to Rs. 17 ,” he claimed.

He stated that this is the reason many drivers have been unable to pay back their instalments, resulting in their cars taken away. “The sudden disappearance of 60% of taxis and cabs being reduced from 1,25,000 to just 40,000 now is because of this exploitation,” Salauddin told siasat.com.

Another driver, Lashkar Naik (42), who drives an Ola cab, said emotionally “We used to earn Rs. 800 per day before the lockdown, and now we earn only Rs.400 per day instead. What are we supposed eat? what are we supposed to fill in our fuel tanks and what are we supposed to take home? We can’t afford treatment and medicines and the schools are getting more and more expensive by the day, are we not allowed to have dreams of a better life for our children?” he asked, with a a heavy voice.

Salauddin demanded that the state government should implement meter fares for taxis and cabs as well, apart from reducing the 30% tax on diesel. “It will ease the financial strain on drivers,” he added.