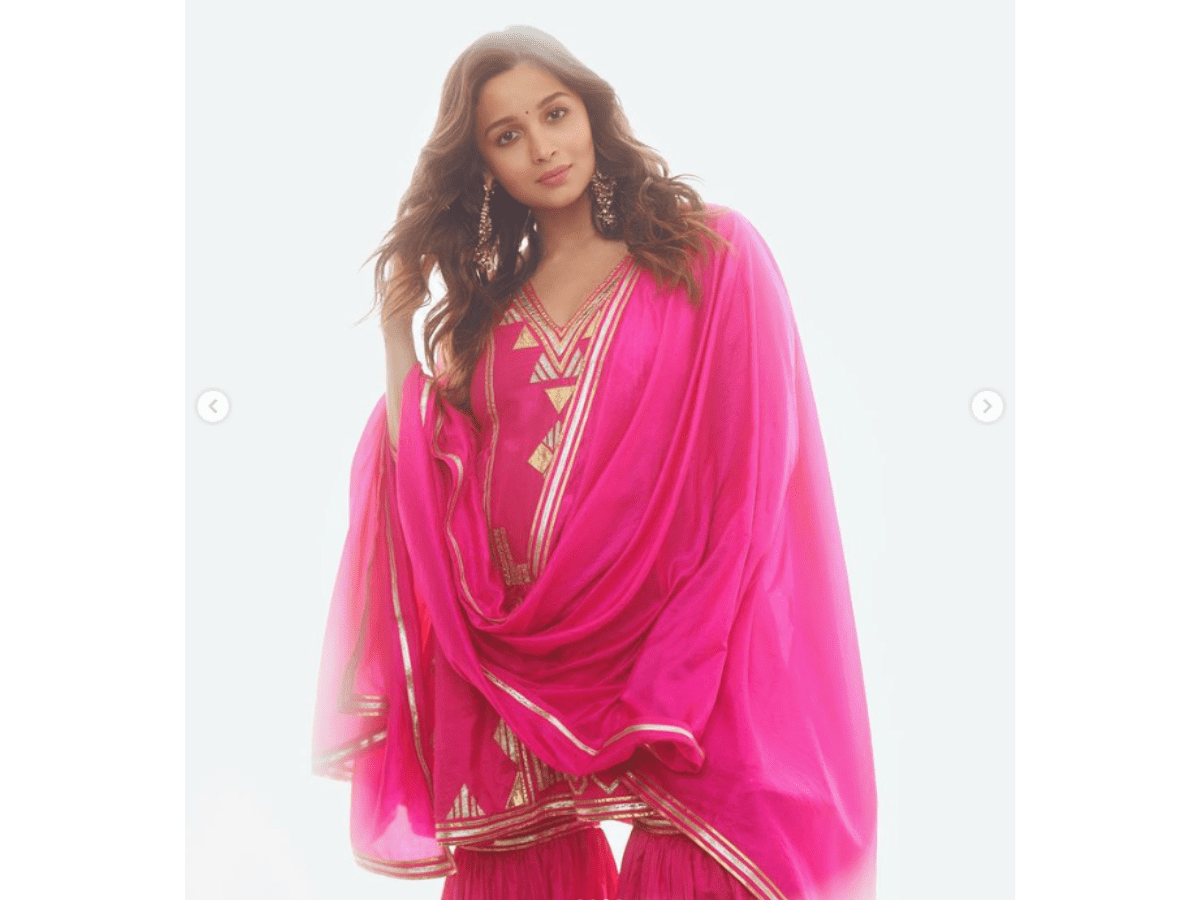 Hyderabad: Mom-to-be Alia Bhatt is undoubtedly nailing her maternity style. During a promotional event for her film ‘Brahmastra’ in Hyderabad on Friday, Alia won everyone’s hearts with her pink suit which had a special “baby on board” message printed on its back.

The pink gharara set also had the word ‘love’ embellished in gold.

She completed her ethnic look with statement earrings.

For the glam, the ‘Gangubai Kathiawadi’ star kept her make-up minimal and chose to give a wavy touch to her hair.

Pictures of Alia in her customised outfit have been doing the rounds on the internet.

Reacting to her desi look, a social media user commented, “Such a sweet gesture.”

“She is literally glowing. Love that special message,” another one wrote.

Alia’s husband and actor Ranbir Kapoor was also present at the event to promote the duo’s film ‘Brahmastra’. He was spotted wearing an all-black outfit.

Interestingly, it’s the sets of Brahmastra only where the two fell in love with each other, and after dating for five years, Ranbir and Alia tied the knot in April 2022 in a close knit ceremony at their residence. In June, Alia announced her pregnancy on Instagram as she shared a photo from the hospital.